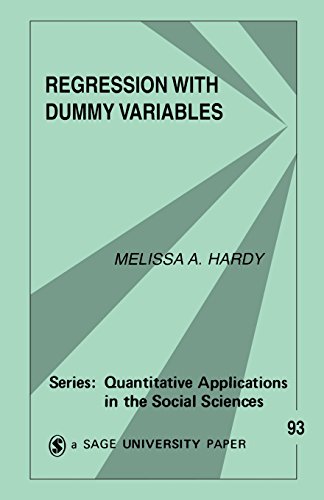 by Melissa A. Hardy

Quantitative Applications in the Social Sciences

It is often necessary for social scientists to study differences in groups, such as gender or race differences in attitudes, buying behaviour, or socioeconomic characteristics. When the researcher seeks to estimate group differences through the use of independent variables that are qualitative, dummy variables allow the researcher to represent information about group membership in quantitative terms without imposing unrealistic measurement assumptions on the categorical variables. Beginning with the simplest model, Hardy probes the use of dummy variable regression in increasingly complex specifications, exploring issues such as: interaction, heteroscedasticity, multiple comparisons and significance testing, the use of effects or contrast coding, testing for curvilinearity and estimating a piecewise linear regression.… (more)