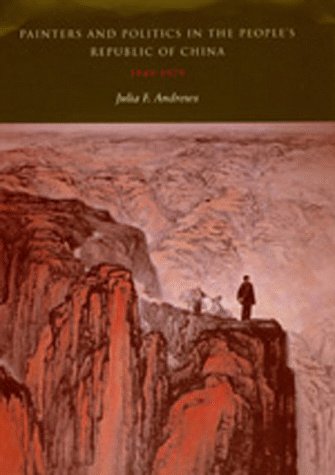 Julia Andrews's extraordinary study of art, artists, and artistic policy during the first three decades of the People's Republic of China makes a major contribution to our understanding of modern China. From 1949 to 1979 the Chinese government controlled the lives and work of the country's artists - these were also years of extreme isolation from international artistic dialogue. During this period the Chinese Communist Party succeeded in eradicating most of the artistic styles and techniques it found politically repugnant. By 1979, traditional landscape painting had been replaced by a new style and subject that was strikingly different from both contemporary Western art and that of other Chinese areas such as Taiwan, Hong Kong, and Singapore. Through vivid firsthand accounts, Andrews recreates the careers of many individual artists who were forced to submit to a vacillating policy regarding style, technique, medium, and genre. She discusses the cultural controls that the government used, the ways in which artists responded, and the works of art that emerged as a result. She particularly emphasizes the influence of the Soviet Union on Chinese art and the problems it created for the practice of traditional painting. This book opens the way to new, stimulating comparisons of Western and Eastern cultures and will be welcomed by art historians, political scientists, and scholars of Asia. Publisher's description.… (more)