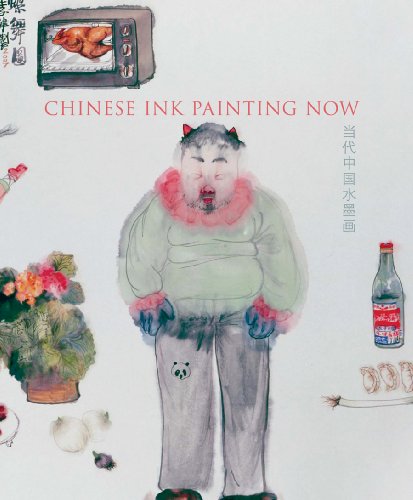 "Ink painting and calligraphy that extend, reinterpret or extrapolate China's long traditions of brush-and-ink are vital genres in contemporary Chinese art, and are being featured more and more in international exhibitions. This is the first book-length survey in English of recent trends in ink art, and it features a broad range of artists working on the Mainland and in Hong Kong, Taiwan, Europe and North America. Chinese painting historian Jason C. Kuo's essay places current brush-and-ink developments in the context of Chinese culture and gives an overview of ink painting since 1949. Kuo surveys modernist trends in Hong Kong and Taiwan, developments in the People's Republic after the Cultural Revolution, and recaps recent debates about what might be Chinese in modern and contemporary ink painting as well as the nature of "experimental ink." Much of the material included in this book is new, or newly synthesized in light of the internationalization of Chinese art and recent studies of its history since the 19th century." "Fifty-nine artists are represented by up to five works each and profiled in short texts. They include key figures in 1950s-60s modernism like Liu Kuo-sung; calligraphers expanding the art in scale and form such as Tong Yang-tze and Qin Feng; New Literati artists like Liu Dan and Li Jin; conceptual artists deploying new strategies with traditional materials such as Wang Tiande; and landscapists whose work ranges from the traditional to the abstract, including Li Huayi and Wucius Wong. In addition to conceptual works exploring language and writing by international figures like Xu Bing, Qiu Zhijie and Wenda Gu, there are colorful, horse-mounted women-warriors by New York feminist Fay Ku, calligraphic abstractions of grand scale and scope by Wang Dongling, and metaphorical monochromes by Nobel literature laureate Gao Xingjian." "Chinese Ink Painting Now fills a major gap in English-language books on contemporary Chinese art, and it will be an important addition to the library of anyone following the trends of Chinese culture over the last thirty years." --Book Jacket.… (more)