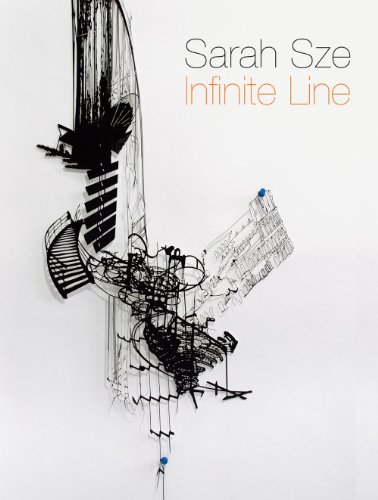 Sarah Sze erects vertiginous sculptural universes from common consumer products such as aspirin, foam, ladders, Q-Tips, plastic spoons, notepads, trash baskets, thimbles and wrapped candies. Always responsive to surrounding space, Sze's rhizomatic works are sometimes described as installation rather than sculpture, but an equally close or closer relationship occurs with drawing, the focus of the Asia Society Museum's major Sze exhibition opening in December 2011, and this new hardcover volume published for the occasion. Infinite Line is the first publication to address the relationship of Sze's sculpture to drawing, and to explore the influence of East Asian artistic traditions on her sensibility. "How do you make a sculpture that acts like a drawing?" Sze asks with these works. "How do you make a drawing that acts like a sculpture?" Born in 1969 in Boston, Massachusetts, Sarah Sze was initially trained in architecture. She received a BA from Yale University (1991) and an MFA from the School of Visual Arts (1997). Sze has participated in numerous national and international exhibitions including at the Whitney Museum of American Art and the Carnegie Museum of Art, and in the 48th Venice Bienniale and the 2009 Biennale de Lyon. She was named a MacArthur Fellow in 2003. Currently based in New York, she teaches at Columbia University School of the Arts.… (more)