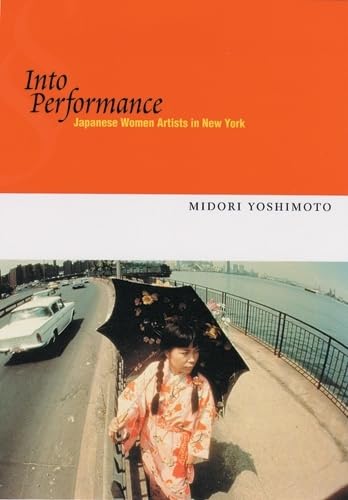 The 1960s was a time of incredible freedom and exploration in the art world, particularly in New York City, which witnessed the explosion of New Music, Happenings, Fluxus, New Dance, pop art, and minimalist art. Also notable during this period, although often overlooked, is the inordinate amount of revolutionary art that was created by women. Into Performance fills a critical gap in both American and Japanese art history as it brings to light the historical significance of five women artists-Yoko Ono, Yayoi Kusama, Takako Saito, Mieko Shiomi, and Shigeko Kubota. Unusually courageous and self-determined, they were among the first Japanese women to leave their country-and its male-dominated, conservative art world-to explore the artistic possibilities in New York. They not only benefited from the New York art scene, however, they played a major role in the development of international performance and intermedia art by bridging avant garde movements in Tokyo and New York. This book traces the pioneering work of these five women artists and the socio-cultural issues that shaped their careers. Into Performance also explores the transformation of these artists' lifestyle from traditionally confined Japanese women to internationally active artists. Yoshimoto demonstrates how their work paved the way for younger Japanese women artists who continue to seek opportunities in the West today.… (more)