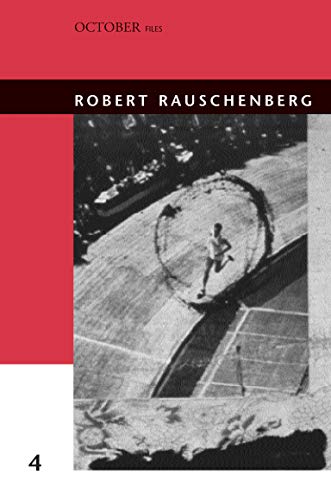 Critical essays on the artist Robert Rauschenberg, focusing on the important period of his development in the 1950s and 1960s. From the moment art historian Leo Steinberg championed his work in opposition to Clement Greenberg's rigid formalism, Robert Rauschenberg has played a pivotal role in the development and understanding of postmodern art. Challenging nearly all the prevailing assumptions about the visual arts of his time, he pioneered the postwar revival of collage, photography, silkscreen, technology, and performance.This book focuses on Rauschenberg's work during the critical period of the 1950s and 1960s. It opens with a newly prefaced version of Leo Steinberg's "Reflections on the State of Criticism," the first published version of his famous 1972 essay, "Other Criteria," which remains the single most important text on Rauschenberg. Rosalind Krauss's "Rauschenberg and the Materialized Image" builds on Steinberg's essay, arguing that Rauschenberg's work represents a decisive shift in contemporary art. Douglas Crimp's "On the Museum's Ruins" examines Rauschenberg's silkscreens in the context of the modern museum. Helen Molesworth's "Before Bed" uses psychoanalytic and economic structures to examine the artist's Black Paintings of the early 1950s. A second essay by Krauss, "Perpetual Inventory," revisits both her and Steinberg's articles of nearly twenty-five years earlier. Finally, Branden Joseph's "A Duplication Containing Duplications" views Rauschenberg's silkscreens in relation to the artist's interests in technology, particularly television.… (more)