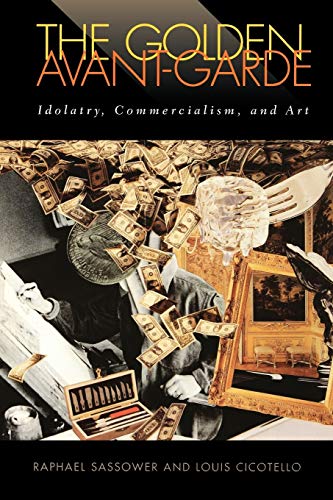 Since the eighteenth century, artists--especially so-called avant-garde artists--have played a conflicting role in society. Part of the reason for their complex position, argue Raphael Sassower and Louis Cicotello, is the survival of the culture of idolatry in the modern age. In the twentieth century, artists can criticize the worship of material things or they can produce the things themselves. They can paint the scenes of worship of the golden calf--as the German expressionist Emil Nolde did in "Dance Around the Golden Calf" (1910), in which garish exaggerations reflect a condemnation of materialistic culture--or they can be the ones fabricating the idol for a fee. Part radical critics, part celebrity servants of bourgeois tastes, avant-garde artists such as Marcel Duchamp, René Magritte, Andy Warhol, the Christos, and Keith Haring have captured the twentieth-century imagination and inspired the artistic community to reconsider its social, political, and cultural roles. Charting the uneasy middle ground occupied by these artists and their work, Sassower and Cicotello argue that their success has as much to do with their complicity with capitalist forces as it does with their defiance of them. Indeed, the major theme of The Golden Avant-Garde is the inability of any cultural subgroup to withstand the overwhelming power of capitalism, commercialism, and science and technology. While some artists are paid by governments and institutions to construct national and religious monuments that express and honor society's most valuable principles and goals, the same society has fabricated a romantic myth of artists as revolutionary heroes who defy the authorities and pay dearly for their passion and vision. The Golden Avant-Garde is a unique collaboration between a philosopher and an artist, who bring their different perspectives to bear on how the avant-garde navigates the cultural, financial, and technological challenges presented by this postmodern dilemma. Often, Sassower and Cicotello conclude, avant-garde artists have become adept at manipulating the same forces that they seek to exaggerate and articulate in their work.… (more)