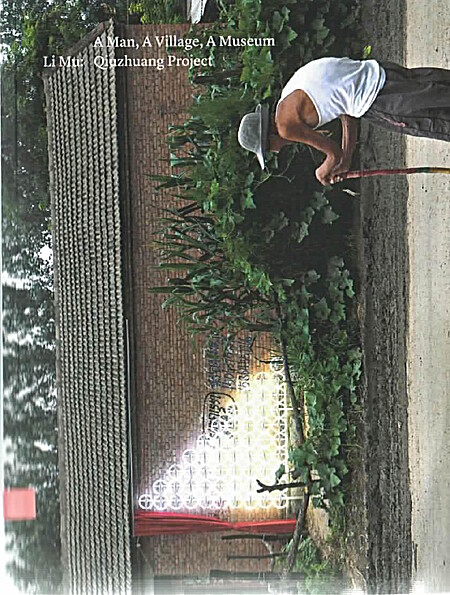 A Man, A Village, A Museum

"After a residency of a few weeks in the Van Abbemuseum in Eindhoven (NL), Chinese artist Li Mu developed a unique art project. In his home town, Qiuzhuang - a small village 800 kilometres south of Beijing - he copied classical modernist artworks by well-known Western artists like Sol LeWitt, Dan Flavin, Richard Long, Andy Warhol, Daniel Buren, Carl Andre, John K©œrmeling, as well as Ulay and Marina Abramovi♯ from the collection of the Van Abbemuseum, displaying them in the houses and streets of Qiuzhuang. For more than a year, Li Mu collaborated with the villagers, trying to create the experience of what art brought to him and what it could bring to them. This book documents this extraordinary project with a selection of texts from Li Mu' s diary together with interviews, reviews, photographs and drawings."--Back cover.… (more)