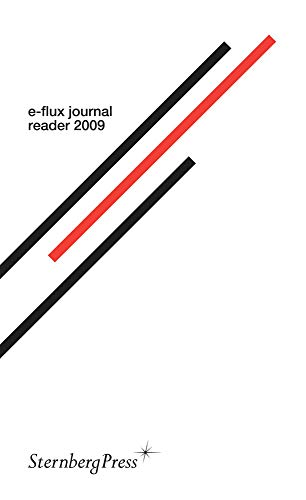 Since conceptualism, the field of art has become increasingly accustomed to playing host to its own critique, and recent decades have found institutions engaged in self-critique as if by mandate. Important notions of legibility, autonomy, and critical engagement that were once necessary to carve out a space for a critic or critical art publication have transposed themselves onto artistic production proper, and are now considered to be of equal importance to artist, curator, institution, and engaged audience member alike.This climate of disciplinary reconfiguration and geographic dispersal has made the art world a highly complex place--the objective position that once defined the role of a critic has been effectively replaced by a need to understand just how large and varied the whole thing has become. The urgent task has now become to engage the new intellectual territories in a way that can revitalize the critical vocabulary of contemporary art. Perhaps the most productive way of doing this is through a fresh approach to the function of an art journal as something that situates the multitude of what is currently available, and makes that available back to the multitude. The selection of essays included in this book seeks to highlight an ongoing topical thread that ran throughout the first eight issues of e-flux journal--a sequence of overlapping concerns passed on from one contribution to the next.e-flux journal Series edited by Julieta Aranda, Brian Kuan Wood, Anton VidokleContributorsMichael Baers, Luis Camnitzer, Liam Gillick, Boris Groys, Tom Holert, Gean Moreno and Ernesto Oroza, Marion von Osten, Raqs Media Collective, Dieter Roelstraete, Irit Rogoff, Sean Snyder, Hito Steyerl, Monika Szewczyk… (more)