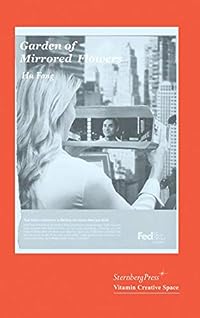 Three Principles of Garden of Mirrored Flowers- 1 "The sensations that visitors to the theme park will experience are precisely those that classical Chinese literature has always wanted to convey- life as a bewildering maze. As such, we can better comprehend one of the key principles for the construction of the theme park- bewilder-the soul- intensely." 2 "In the process of construction, I began to increasingly feel that the process should be an intermittent walk from one area to the next, like how a moving essay is extracted from a grand narrative-this is therefore the second principle of designing gardens- the form may disperse but not the spirit." 3 "Just like the flower fairies, we have all fallen to earth, having lost our inner equilibrium. As such, no one would turn down the opportunity to enjoy the spiritual release and pleasure that this kind of theme park can offer.Garden of Mirrored Flowers is hence a psychodrama of an even higher class. Therefore, we should be able to understand the third principle for the construction of the park easily- the world's experiential center." Fang's novel tells the story of a man in the process of designing a theme park, called Garden of Mirrored Flowers, and is an adaptation and transformation of the classical Chinese novel Jin Hua Yuan, or Flowers in the Mirror, from the Qing Dynasty. Beginning as a pictorial journey through myriad advertisements and the way they allow for many different entries into reality, Fang depicts parallels between the park's actual construction and how it has been imagined, or how it has evolved out of history. For Garden of Mirrored Flowers is less the vision of one author (Fang) and more the result of reality writing itself through this author; that is, a script, or documentary, of life. "It's a book," Fang states, "written by a ghost writer. Me? Just a traveler floating within the wave of globalization." Culminating with the park's opening ceremony, Fang creates a space where history seems to have been completely consumed and absorbed by contemporary social movements. It is both a labyrinth to get lost in and a pavilion made of reflective glass. Hu Fang is a novelist, art critic, and the co-founder and artistic director of Vitamin Creative Space, a project and gallery space dedicated to contemporary art exploration and searching for an independent working mode, specifically geared to the contemporary Chinese context. He lives and works in Beijing and Guangzhou.… (more)