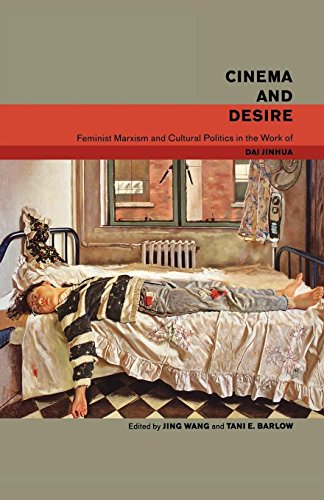 Cinema and Desire: Feminist Marxism and Cultural Politics in the Work of Dai Jinhua

Dai Jinhua is one of contemporary China's most influential theoreticians and cultural critics. A feminist Marxist, her literary, film and TV commentary has, over the last decade, addressed an expanding audience in China, Taiwan and Hong Kong. Cinema and Desire presents Dai Jinhau's best work to date. In it she examines the Orientalism that made Zhang Yimou the darling of international film festivals, establishes Huang Shuqin's Human, Woman, Demon as the People's Republic's first genuinely feminist film, comments on TV representations of the Chinese diaspora in New York, speculates on the value of Mao Zedong as an icon of post-revolutionary consumerism, and analyses the rise of shopping plazas in 1990s' urban China as a strange montage in which the political memories of Tiananmen Square and the logic of the global capitalist marketplace are intertwined.… (more)