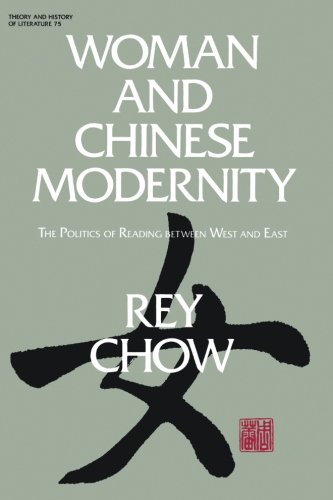 Woman and Chinese Modernity: The Politics of Reading between West and East (Theory and History of Literature)

In this era, analysis of the West has become not only possible but mandatory. Where does this analysis leave those ethnic peoples whose entry into culture is, precisely because of the history of Western imperialism, already "Westernized"? This is the primary question Rey Chow addresses in "Woman and Chinese Modernity". The author brings together a variety of texts about modern China - from Bertolucci's "Last Emperor" and the "Mandarin Duck and Butterfly" stories, to writings by male and female authors of the May Fourth period - and organizes them along four critical paths all of which involve "woman". Those include the visual image, literary history, narrative structure and emotional reception. These, in turn, allow four mutually implicated aspects of "Chinese" modernity to come to the fore - the ethnic spectator, the fragmentation of tradition in popular literature, the problematic construction of a new "inner" reality through narration, and the relations between sexuality, sentimentalism and reading.… (more)