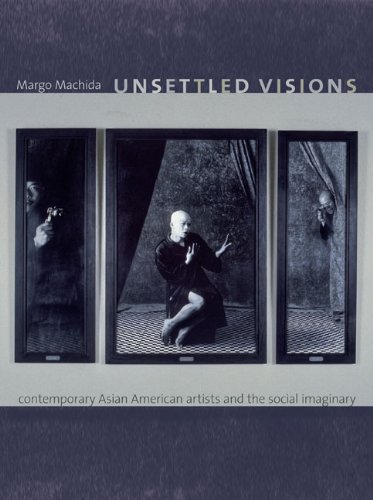 "In Unsettled Visions the activist, curator, and scholar Margo Machida presents a pioneering, in-depth exploration of contemporary Asian American visual art. Machida focuses on works produced during the watershed 1990s, when surging Asian immigration had significantly altered the demographic, cultural, and political contours of Asian America, and a renaissance in Asian American art and visual culture was well underway. Machida conducted extensive interviews with ten artists working during this transformative period: women and men of Chinese, Filipino, Indian, Vietnamese, Korean, and Japanese descent, most of whom migrated to the United States. In dialogue with the artists, Machida illuminates and contextualizes the origins and intent behind bodies of their work. Analyses of the work of individual artists are grouped around three of the major themes that Asian American artists engaged with during the 1990s: representations of the other; social memory and trauma; and migration, diaspora, and a sense of place." -- Book jacket.… (more)