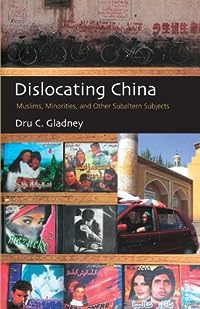 Until quite recently, Western scholars have tended to accept the Chinese representation of non-Han groups as marginalized minorities. Dru C. Gladney challenges this simplistic view, arguing instead that the very oppositions of majority and minority, primitive and modern, are historically constructed and are belied by examination of such disenfranchised groups as Muslims, minorities, or gendered others. Gladney locates China and Chinese culture not in some unchanging, essential "Chinese-ness," but in the context of historical and contemporary multicultural complexity. He investigates how this complexity plays out among a variety of places and groups, examining representations of minorities and majorities in art, movies, and theme parks; the invention of folklore and creation myths; the role of pilgrimages in constructing local identities; and the impact of globalization and economic reforms on non-Han groups such as the Muslim Hui. In the end, Gladney argues that just as peoples in the West have defined themselves against ethnic others, so too have the Chinese defined themselves against marginalized groups in their own society.… (more)