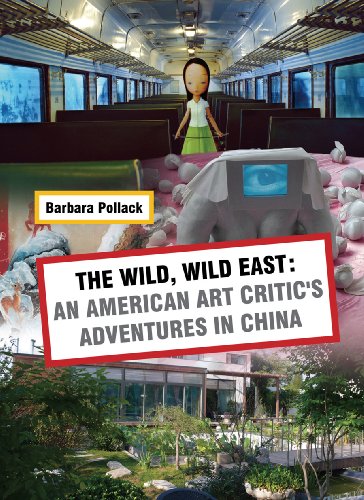 The Wild, Wild East: An American Art Critic's Adventures in China is a lively and opinionated romp through China's contemporary art scene, based on first hand encounters with the artists, dealers, collectors, curators and auction specialists who have made Chinese contemporary art the fastest growing sector of the international art market. This is the first book to examine the success of China's art boom, the rapid fire development of its institutions and the thrilling biographies of its major players. It conveys the gold rush atmosphere of a country making millions off the sale of contemporary art and thrusting itself headlong into the international cultural arena. At the same time, The Wild, Wild East frankly investigates the pitfalls of this scene, the rampant corruption and conflicts of interest of many of the players and institutions, plus the continued presence of government controls. -- An experienced journalist and art critic, Barbara Pollack has been reporting on China's developing art scene since 1997, writing a series of groundbreaking articles for Vanity Fair, Artnews, the New York Times, the Washington Post, Departures, Art in America, Modern Painters, Art Review and Art & Auction. With unparalleled access to the major figures both in China and abroad, she is unafraid to ask "Is this the emperor's new clothes?" in this country once ruled by emperors, now managed by post-Mao millionaires. -- "A fresh and insightful take on the burgeoning Chinese art market and its general impact on the culture. Not to be missed." Arne Glimcher, CEO of Pace Wildenstein Gallery --Book Jacket.… (more)