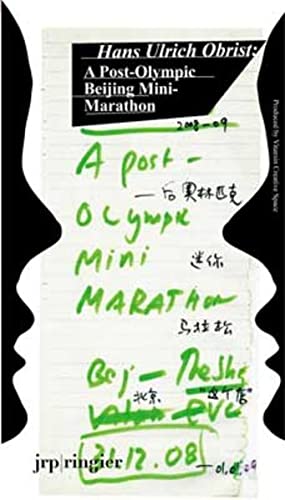 On New Year's Eve of 2008, Hans Ulrich Obrist conducted a "marathon" of conversations in Beijing, addressing artists, cultural producers, and media practicioners about the post-Olympic state of the city. Asking artists Ai Weiwei, Cao Fei and Wang Jianwei, filmmaker Jia Zhangke, writer and publisher Hung Huang, and fashion designer Zhang Da, among other participants, how they were understanding and living through the changes Chinese society is undergoing, how they were evaluating the impact of such a mediated event as the Olympic Games or the role of Internet in their daily lives, Hans Ulrich Obrist attempted to map the mindset of the creative people of a city on the move..