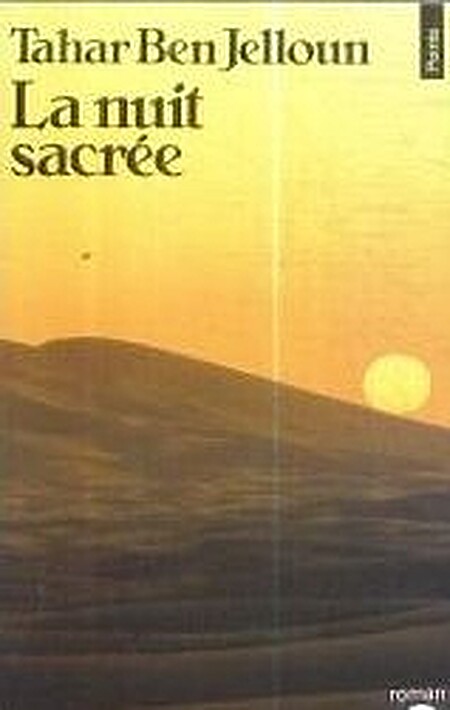 The Sacred Night continues the remarkable story Tahar Ben Jelloun began in The Sand Child. Mohammed Ahmed, a Moroccan girl raised as a boy in order to circumvent Islamic inheritance laws regarding female children, remains deeply conflicted about her identity. In a narrative that shifts in and out of reality moving between a mysterious present and a painful past, Ben Jelloun relates the events of Ahmed's adult life. Now calling herself Zahra, she renounces her role as only son and heir after her father's death and journeys through a dreamlike Moroccan landscape. A searing allegorical portrait of North African society, The Sacred Night uses Arabic fairy tales and surrealist elements to craft a stunning and disturbing vision of protest and rebellion against the strictures of hidebound traditions governing gender roles and sexuality.… (more)