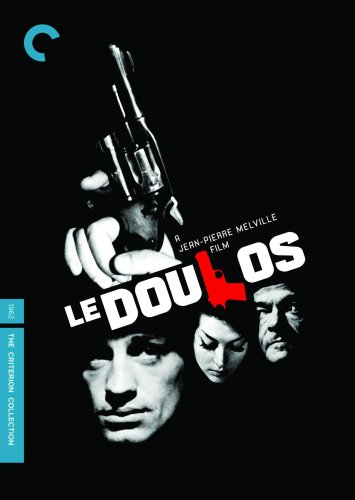 As the title screens explain, in gangster slang, 'doulos' means 'hat.' In the slang shared by criminal and police, 'doulos' also designates the person who wears it: the informer. Through shadowy back streets on the edge of Paris, an ingenious cat and mouse game is played as two underworld characters, seemingly working against each other, find themselves in a deadly entanglement of their own making but infinitely larger than both of them. Faugel, a thief recently released from prison, and Silien, Faugel's best friend and all-around suspicious character, are up against shady nightclub owner Nuttheccio, and the police's Capt. Clain, ruthless as any criminal. The hapless gangsters know two things: their sense of honor is the only thing they can take with them to the grave, and that date with the grave is coming all too soon. By Jean-Pierre Melville, French poet of crime cinema, full of shadows, night, trench coats, guns, tough guys, cigarettes, slinky dames, cocktail bars, crooked cops, betrayal, and loot.… (more)