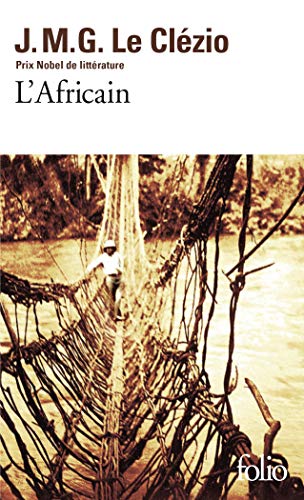 African is a short autobiographical account of a pivotal moment in Nobel-Prize-winning author J.M.G. Le Clezio's childhood. In 1948, young Le Clezio, with his mother and brother, left behind a still-devastated Europe to join his father, a military doctor in Nigeria, from whom he'd been separated by the war. In Le Clezio's characteristically intimate, poetic voice, the narrative relates both the dazzled enthusiasm the child feels at discovering newfound freedom in the African savannah and his torment at discovering the rigid authoritarian nature of his father. The power and beauty of the book reside in the fact that both discoveries occur simultaneously. While primarily a memoir of the author's boyhood, The African is also Le Clezio's attempt to pay a belated homage to the man he met for the first time in Africa at age eight and was never quite able to love or accept. His reflections on the nature of his relationship to his father become a chapeau bas to the adventurous military doctor who devoted his entire life to others. Though the author palpably renders the child's disappointment at discovering the nature of his estranged father, he communicates deep admiration for the man who tirelessly trekked through dangerous regions in an attempt to heal remote village populations. The major preoccupations of Le Clezio's life and work can be traced back to these early years in Africa. The question of colonialism, so central to the author, was a primary source of contention for his father: "Twenty-two years in Africa had inspired him with a deep hatred of all forms of colonialism." Le Clezio suggests that however estranged we may be from our parents, however foreign they may appear, they still leave an indelible mark on us. His father's anti-colonialism becomes The African's legacy to his son who would later become a world-famous champion of endangered peoples and cultures.… (more)