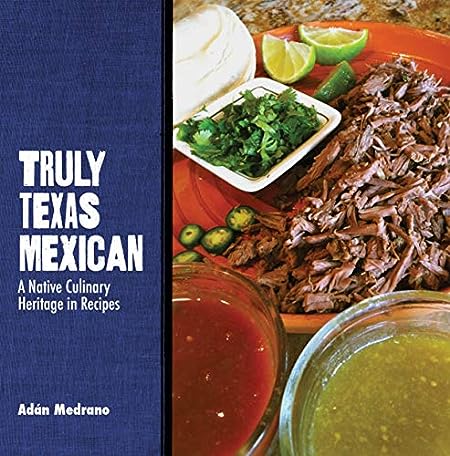 "Over thousands of years, Native Americans in what is now Texas passed down their ways of roasting, boiling, steaming, salting, drying, grinding, and blending. From one generation to another, these ancestors of Texas's Mexican American community lent their culinary skills to combining native and foreign ingredients into the flavor profile of indigenous Texas Mexican cooking today. Building on what he learned from his own family, Ada n Medrano captures this distinctive flavor profile in 100 kitchen-tested recipes, each with step-by-step instructions. Equally as careful with history, he details how hundreds of indigenous tribes in Texas gathered and hunted food, planted gardens, and cooked. Offering new culinary perspective on well-known dishes such as enchiladas and tamales, Medrano explains the complexities of aromatic chiles and how to develop flavor through technique as much as ingredients. Sharing freely the secrets of lesser-known culinary delights, such as turcos, a sweet pork pastry served as dessert, and posole, giant white corn treated with calcium hydroxide, he illuminates the mouth-watering interconnectedness of culture and cuisine. The recipes and personal anecdotes shared in Truly Texas Mexican illuminate the role that cuisine plays in identity and community"--"A cookbook that explores the indigenous culinary heritage of Texas's Mexican American community: Includes recipes and photographs"--… (more)