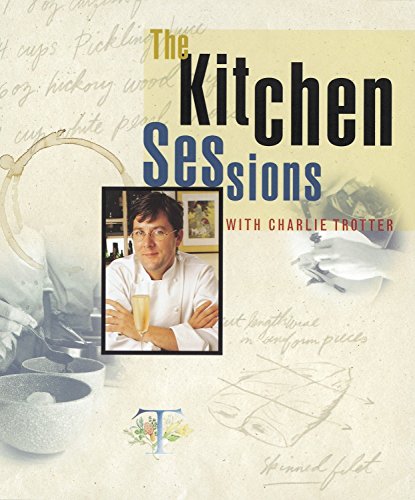 The Kitchen Sessions With Charlie Trotter

The Kitchen Sessions with Charlie Trotter, a companion volume to the award-winning television show, is a guide in gourmet cuisine for the home cook, with recipes for soups, salads, seafood, and more by mastermind chef Charlie Trotter. Book buyers and diners alike have marveled at the incredible food that emerges from the kitchen of Charlie Trotter's world-renowned Chicago restaurant and have bought over 125,000 copies of his cookbooks. Now, readers can step behind the scenes and take a lesson from the master himself. A fine-cuisine cooking class for the home chef, KITCHEN SESSSIONS is the companion volume to Trotter's new 13-part public television cooking series, which has aired on national television since. Each episode is a personalized introduction to an essential ingredient,Äîfrom salmon to chocolate,Äîcomplete with a wide range of glorious recipes,Äî120 in all. KITCHEN SESSIONS demystifies the professional techniques and tricks behind Trotter's show-stopping recipes, making them accessible for home cooks.                 Awards:2000 James Beard Award Winner… (more)