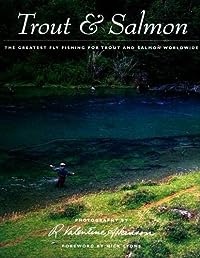 Since The Cordon Bleu Cookbook was first published in 1947, it has become widely recognized as the classic that introduced America to the Cordon Bleu's French culinary tradition, and has been honored with the James Beard Cookbook Hall of Fame Award.Dione Lucas, founder of the Cordon Bleu schools in London and New York, offers 350 recipes that have become the acknowledged cornerstones of French cooking in America. Readers will discover everything from how to turn a common egg and a few other ingredients into Oeufs Brouillés Mariette to how to plan complete five-course menus with such temptations as: Danish Pâté, Vichyssoise, Filets de Sole Navaroff (marinated sole served with crabmeat) Cassoulet, Poulet Sauté à la Vichy (chicken with carrots and white wine sauce), Boeuf Bourguignon, Crêpes Suzettes, Tartes aux Pêches.Lucas often calls for "some" garlic or a "pinch" of rosemary to encourage cooks to experiment and discover what tastes best. And her invaluable insights throughout help readers avoid common mistakes that occur when trying new methods or unfamiliar ingredients. As André Cointreau, president and CEO of Le Cordon Bleu, writes in his foreword: "Every kitchen should have a copy" because it "presents recipes and techniques in the easiest possible way - as only a very success full culinary teacher knows how." (6 X 9, 352 pages, illustrations)… (more)