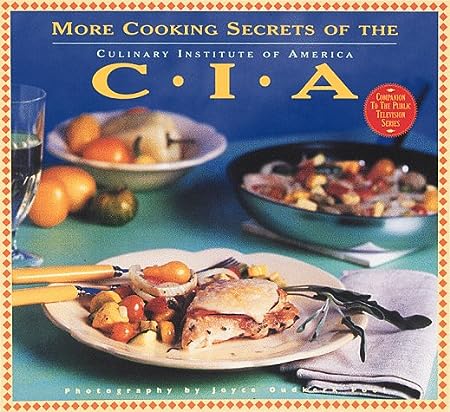 More Cooking Secrets of the CIA: The Companion Book to the Public Television Series

by Culinary Institute of America

Following on the heels of the best-selling first volume, More Cooking Secrets of the CIA is the tie-in book for the fall 1997 public television series of the same name. The most celebrated cooking school in the country, the Culinary Institute of America boasts graduates such as Bradley Ogden, Larry Forgione, Paul Bocuse, and White House chef Walter Sheib. Now in its third season, the school's acclaimed TV series will continue with episodes (and corresponding chapters) on Basic Cooking Secrets, Healthy Cooking Secrets, American Regional Cooking Secrets, Mediterranean Cooking Secrets, Quick Meals from the CIA, and much more. In both the series and the book, professional chefs let home cooks in on the secrets to making time in the kitchen productive, fun, and satisfying.… (more)