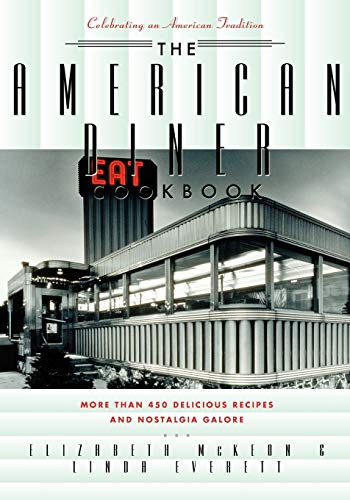 Come On In! Everyone Is Welcome! With a surge in fascination with Americana and a nostalgia for simpler times, a once vanishing treasure is finding its way back into the popular culture and back onto the roadsides of the country. Their names once tempted customers with a little magic to go along with a meal--the Miss Albany, the Mayfair, Webbies, the Night Owl. Now their warmth and great food draw us toward a grand dining adventure. Indeed, the American roadside diner is a place like no other, with excellent service, reasonable prices, and conversation as plentiful as the coffee. The story of the diner began more than 100 years ago when coffee and sandwiches were first served from the back of a horse-drawn lunch wagon in Providence, Rhode Island. Slowly these roadside treasures evolved into the stainless steel railroad cars that are now associated with diners. While their popularity declined in the 1960s as fast-food chains became popular, today they are gaining in-favor as more people want the personal touch present in a homey environment. The American Diner Cookbook contains more than 450 recipes for delicious foods that can be found on diner menus nationwide. Interviews with owners and others who have worked in diners and more than 100 black-and-white photographs appear throughout.… (more)