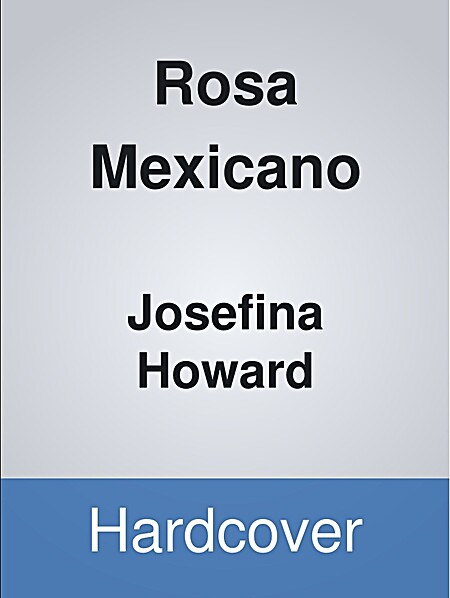 No one knows Mexican food--or Mexico--like Josefina Howard. Her Rosa Mexicano is not only rated by Zagat's as the top Mexican restaurant in New York, its fare is honored by Mexicans themselves. Cooks who have seen her on PBS, CNN, the Television Food Network, and Martha Stewart Living have longed to re-create her mouth-watering dishes at home. Now they can.Overflowing with Josefina's passion for Mexican culture and cuisine, her vibrant snatches of personal memoir and social history, and her own award-winning color photographs, Rosa Mexicano is the fruit of a lifetime love affair with a country and far outshines mere cookbooks. This book, which took ten years to create, is the result of her frequent trips to Mexico--as many as four or five a year. As for the astonishing recipes, they are as colorful and diverse as the culture that gave birth to them and far surpass their popular Americanized counterparts. Unusual herbs add distinctive flavors to a host of uniquely south-of-the-border delectables: delicate soups made with zucchini blossoms, pozole (Mexican chicken soup, except it's made with pork!), and stuffed peppers garnished with pomegranate seeds. This is the real face of one of the most misunderstood great cuisines of the world, and a tantalizing holiday gift for all cooks and ethnic culture mavens.… (more)