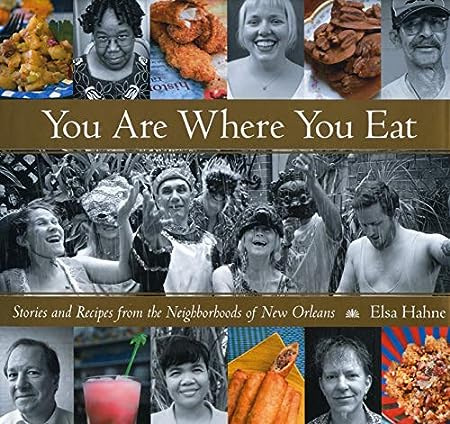 You Are Where You Eat: Stories and Recipes from the Neighborhoods of New Orleans

Eating and cooking well are not just industries but ways of life for all New Orleans. Writer and photographer Elsa Hahne has visited the kitchens of thirty-three of New Orleans's home cooks and raconteurs and has served up an expansive smorgasbord inspired by this vibrant city's love affair with food. Almost every cultural group that has made its mark on New Orleans is represented in these pages: Creole, African American, Native American, Isleño, German, Cajun, Italian, Irish, Greek, Hungarian, Croatian, Cuban, Honduran, Mexican, Indian, Filipino, Chinese, Vietnamese, and more. With thirty-three first-person accounts and over one hundred black-and-white and full-color photographs, You Are Where You Eat proves that the local population remains as passionate about cooking after the hurricanes of 2005 as at any time before. Among the eighty-five recipes are such classic New Orleans dishes as red beans and rice, catfish court bouillon, crawfish bisque, filé gumbo, grillades, and daube glacé, but also more recent arrivals to local tables: yakamein, pork tamales, crawfish samosas, and Vietnamese spring rolls. Elsa Hahne is the creator of the touring exhibit You Are WHERE You Eat--Stories and Recipes from the Crescent City, which was supported by the Louisiana Division of the Arts and the Louisiana Endowment for the Humanities. Her work has appeared in numerous international magazines and newspapers.… (more)