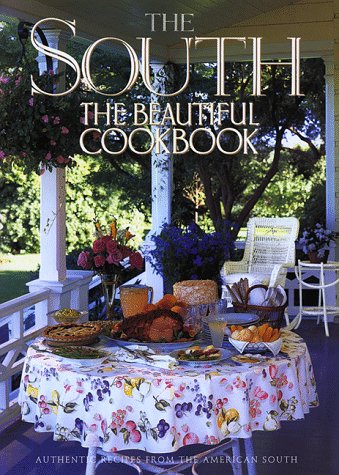 The South The Beautiful Cookbook

The southern region of the United States is a stunning landscape of smoky mountains, undulating hills, scrubby coastal plains, mysterious swamps, subtropical shorelines and alluvial flatlands. More than 60 million Americans call the South home; the result is an ethnic stewpot that has been simmering for centuries, rendering a population as spicy as anything a Cajun might conjure. The rich cuisine of the South has benefited from such a merging of cultural traditions: Louisiana Creole cooking alone owes its heritage to a blend of African, French, Spanish, Caribbean and native American ingredients and techniques. The South the Beautiful Cookbook showcases the great diversity of Southern cooking and reveals that the food of the South is far more than fried chicken and mashed potatoes. With over 200 recipes by author Mara Reid Rogers and a star-studded list of contributing chefs and Southern food authorities, The South the Beautiful Cookbook provides the quintessential Southern food experience from the traditional to the cutting edge. Old favorites -- Seafood Gumbo, aromatic Smoked Barbecue Ribs, spicy Jambalaya and Granny Lou's Coconut Cake -- fill the Southern table alongside innovative creations like Cream of Shiitake Soup with Virginia Ham, Roasted Squab on Sweet Potato Spoon Bread, Cheese Grits Souffle, and Chocolate Pecan Pie. All these delicious recipes are illustrated in full-color photographs by Philip Salaverry. Award-winning journalist Jim Auchmutey writes a lyrical and informative text about the cultural and culinary history of the South, which is brought to life in the full-color photography by two leading National Geographic photographers, Melissa Farlow and Randy Olson, who traveled from Virginia to Florida to document the South. Together this team of contributors, with the expertise of Southern food writer and editor Susan Puckett, creates a portrait of Southern hospitality and charm. Southerners have expressed their distinctive culture in many ways, from their music to their stories, but no expression strikes closer to the heart than the great folk art of Southern cooking.… (more)