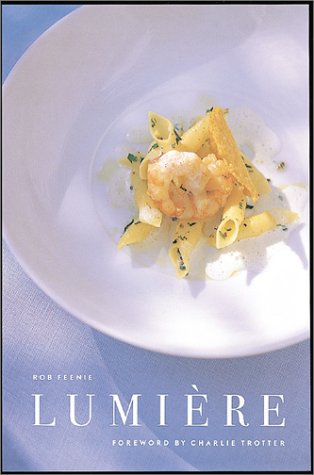 This spring Ten Speed Press is pleased to announce the birth of the Culinary Classics and Curios series, a line of long-ago published seminal books for serious cooks and food lovers. Selected by our editors with the help of chef friends, food writers, and authors, each of the Classics and Curios has been chosen because it remains influential, even if it's out of print, hard to find, and well aged. Those in the know consider these books among their most coveted volumes and still swear by them, forever enchanted by the uncommon personality, information, and passion that is their collective hallmark. To help recreational and professional cooks alike rediscover the special value of these books, each new edition features a substantive introduction by a wellknown food writer with a meaningful connection to the work. The Classics and Curios are quality hardcover editions at affordable prices. As serious cooks and cookbook collectors, we here at Ten Speed are delighted to finally have these culinary canons back in our kitchen libraries and know they'll find their way onto the shelves of those who share our passion for good cooking. In French, lumiere means light, in its purest, most transcendent form. In Vancouver, Lumiere is synonymous with Rob Feenie's almost electric food. With its brilliant combination of European sophistication, Asian simplicity, and North American resourcefulness, the cuisine of Lumiere has captured the attention of food lovers all over the world, who rank Lumiere among the pioneering restaurants of North America. As inventive as it is approachable, Feenie's food ranges from Herb-Crusted Beef Tenderloin with Chanterelles and a Shallot and Caper Jus to MascarponeRisotto and Walnut Cake with Maple Ice Cream. Illustrated with over 100 luminous photographs, this chef's resplendent debut showcases all the luster that has earned Lumiere its name.… (more)

Joachim Splichal's Patina Cookbook: Spuds, Truffles and Wild Gnocchi (Great Chefs--Great Restaurants) by Joachim Splichal
Lumiere Light: Recipes from the Tasting Bar by Rob Feenie
The New American Cooking by Joan Nathan
East of Paris: The New Cuisines of Austria and the Danube (Ecco) by David Bouley
Mastering Simplicity: A Life in the Kitchen by Christian Delouvrier
19 more
Bobby Flay's From My Kitchen to Your Table by Bobby Flay
Terra: Cooking from the Heart of Napa Valley by Hiro Sone
Alfred Portale's Twelve Seasons Cookbook: A Month-by-Month Guide to the Best There is to Eat by Alfred Portale
Spago Desserts by Mary Bergin
Magic in the Kitchen by Jan Bartelsman
Charlie Trotter's Seafood by Charlie Trotter
Bouchon by Thomas Keller
Simply French: Patricia Wells Presents the Cuisine of Joel Robuchon by Patricia Wells
A Chef for All Seasons by Gordon Ramsay
Great French Chefs and Their Recipes by Jean-Louis Andre
Happy in the Kitchen: The Craft of Cooking, the Art of Eating by Michel Richard
Le Bernardin Cookbook: Four-Star Simplicity by Eric Ripert
Nobu: The Cookbook by Nobuyuki Matsuhisa
Live, Love, Eat!: The Best of Wolfgang Puck by Wolfgang Puck
Charlie Trotter's Meat and Game by Charlie Trotter
The Inn at Little Washington Cookbook: A Consuming Passion by Patrick O'Connell
Amuse-Bouche: Little Bites Of Delight Before the Meal Begins by Rick Tramonto
The French Laundry Cookbook by Thomas Keller
Second Helpings from Union Square Cafe: 140 New Recipes from New York's Acclaimed Restaurant by Danny Meyer
Fewer