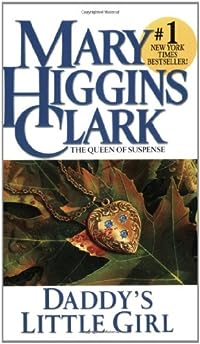 Ellie Cavanaugh was only seven years old when her fifteen-year-old sister, Andrea, was murdered near their home in a rural village in New York's Westchester County. There were three suspects: Rob Westerfield, nineteen-year-old scion of a wealthy, prominent family whom Andrea has been secretly dating; Paul Stroebel, a sixteen-uear-old schoolmate, who had a crush on Andrea, and Will Nebels, a local handyman in his 40s.It was Ellie who had led her parents to a hideout in which Andrea's body was found -- a secret hideaway where she met her friends. And it was Ellie who was blamed by her parents for her sister's death for not telling them about this place the night Andrea was missing. Ellie's testimony eventually led to the conviciton of the man she was convinced was the killer. Steadfastly denying his guilt, he spent the next twenty-two years in prison.When he comes up for parole, Ellie, now an investigative reporter for an Atlanta newspaper, protests his release. Nonetheless, the convicted killer is set free and returns to Oldham. Determined to thwart his attempts to whitewash his reputation, Ellie also returns to Oldham, intent on creating a Website and writing a book that will conclusively prove his guilt. As she delves deeper into her research, she uncovers horrifying and unknown facts that shed new light on her sister's murder. With each discovery, she comes closer to a confrontation with a desperate killer.… (more)

LibraryThing member wispywillow
The plot was good, though Clark uses several cliches that made me shudder. There was even a "caught between a rock and a hard place" used. I mean, come on!

I enjoyed the bulk of the book more than I enjoyed the climax and unravelling; the end of the book got a little weak.
11 more
LibraryThing member melissagagnon
I read this book june 08, starting around Father's day. I thought it was pretty good. It had a good twist at the end that I did not see coming, it seemed somewhat of a stretch, but still it was ok. Santa Cruise, by the same author did not have a very good ending, so I am glad that I tried the
Show More
author one more time. I think will read more books from her.
Show Less
LibraryThing member jepeters333
Ellie's sister's murder 23 years previous & her killer's release from prison.
LibraryThing member TinyDancer11
I really enjoyed this book! It's the type that I looked forward to reading at night before I went to bed. It kept my attention and had a very sweet ending.
LibraryThing member ct.bergeron
Ellie Cavanaugh was 7 years old whe her older sister was murdered near their home in New York's Westchester county. It was young Ellie's tearful testimony that put Rob Westerfield, the 19 years old scion of a prominent family, in jail despite the existence of two other viable suspects. 22 years
Show More
later, Westerfiel, who maintain is innoncence, is paroled. Determine to thwart this attemps to pin the crime on another, Ellie, an investigating reporter for an Atlanta newspaper returns home and starts writing a book that will conclusively prove Westerfield's guilt. As shi dwelves deeper into her research, however, she uncover horrifying facts that shed new light on her sister's murder. With each discovery she comes closer to a confrontation with a desperate killer
Show Less
LibraryThing member beapea7
Good quick vacation read
LibraryThing member midkid88
I listened to this book on tape and found it to be an interesting listen. From reading the description, I thought it was going to end differently. It kept me guessing what was going to happen all the way up to the end. I'd recommend this book.
LibraryThing member leseratte30
Didn't like this one at all. Bad storyline and characters. No surprising twists. Stupid happy ending, that doesn't fit here. Forced myself to finish it.
LibraryThing member LibraryCin
When Ellie was 7-years old, her 15-year old sister, Andrea, was murdered. The boy she liked, Rob, was convicted and put away for 23 years. When Ellie returns 23 years later to speak so hopefully he won't get parole, someone else comes forward to put the blame of the murder on another potential
Show More
suspect from the time. Ellie is still convinced Rob murdered Andrea, and as an investigative reporter, she wants to prove that Rob did it without a doubt.

This was really good. It's quick to read and fast-paced. It kept me wanting to read to find out more.
Show Less
LibraryThing member wareagle78
A nice thriller, an engaging read on a day when I was housebound with a nasty cold. I don't think I've read any Mary Higgins Clark before, but I will read more in the future.
LibraryThing member denisa.howe
Daddy’s Little girl by Mary Higgins Clark was actually published in 2003 but still today is by far one of the best books I have read in a long time. The storyline kept me reading wee in to late hours of the night to get to the end and I was spell bound at all the twist and turns that fit
Show More
perfectly. The youngest sister found her older sister dead and led her parents and others to the body. She blamed one person for years as she herself struggled with the belief she was somewhat responsible too. The investigation and story was told in a very personal style allowing you to become part of this story..
Show Less
LibraryThing member Buffy-Tinkes
One of my first Mary Higgins Clark books i had read when i was younger and i loved it. I recently just picked it up to reread and i am so glad i did, it reminded me of why I love Mary. The story flowed effortlessly from the first part of the book being in third person narrative and the second half
Show More
being first person narrative. I felt as if i was Ellie Cavanaugh on her search to prove that the man who spent twenty years in prison was truly her sisters killer. The story is a page turner until the very end and the joy is not in figuring out who the killer is (for you know from the start) but the journey into his twisted life and how money really can do almost anything...like covering up murder.
Show Less
Fewer