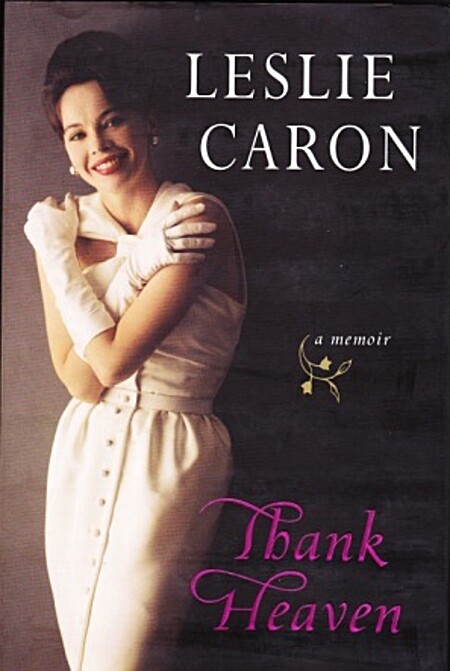 Leslie Caron made her film debut with Gene Kelly in the classic MGM musical An American in Paris, created the role of Gigi, danced with Fred Astaire in Daddy Long Legs, and starred with Cary Grant in Father Goose. In Thank Heaven (an homage to the song Maurice Chevalier sings about her in Gigi) Caron shares her remarkable life story. From her childhood with her American mother and French father in occupied France to her early success as a young ballerina; to her meeting Gene Kelly and her years in Hollywood; to her love affairs (including a very funny and very public one with Warren Beatty) and motherhood; to her alcoholism and depression; and finally her recovery and continuing success in film and television, Caron offers an illuminating account of her career, filled with reminiscences of MGM at the end of its Golden Era.--From publisher description.… (more)

Non-Fiction, Autobiography, No Longer Own, Read

LibraryThing member tylerS3
The memoir Thank Heaven by Leslie Caron is about how Leslie Caron looks back on her controversial childhood and how she got her chance to become a star across the world. She also gives insight on her alcoholism and her affairs and husbands.
Caron displays foreshadowing many times in the book and is quite good at it. She is subtle in how she puts litte cliff-hangers in the middle of passages about what is to come in future chapters. She also only puts situations in her perspective and doesn't try to show her reader what the other person may have been thinking through her eyes. I also didn't like how she gave a page every now and again giving background information about people that didn't really have an impact on her life. These passages weren't relevant to what she was tryin to share with her readers.
Her childhood enlightened me about the war in the 1940's. It didn't just affect Jewish people in Europe, it affected everyone inhabitating the continent. There were food limitationsat the markets, they had a cap on how much a single person could get a type of food and they could only buy foods that were in season. Banannas were no longer available which were one of Caron's favorite type of foods. What also intrigued me was how Caron's mother viewed her daughter's future. When Caron was young her mother sold the that she needed to find a rich husband that could provide and not work. Then when the war was coming to a close and everyone was struggling financially she realized that would not be likely, near to impossible. So her new tactic to her daughter to carry on the Caron fortune was to depend on herslef and would need to her her own career. Which then she started to take ballet classes then eventually became a movie star. Overall this became gave me new perspective about actors and how they go about their business and the long hardworking task it took for Leslie Caron to reach superstardom.… (more)
2 more
LibraryThing member delphimo
Leslie Caron weaves a funny and poignant story of her life in France, in the ballet, and in the movies. Caron's narrative presents a positive voice throughout every ordeal in life. I have read many stories of the German occupation of France during WWII, and Leslie Caron downplays that era of her life. She mentions long lines for food and a little hunger, but does not dwell on the terrible hardship of the French population. Then on her first job doing An American in Paris with Gene Kelly, Caron cuts her hair, and the film production is halted for 3 weeks for her hair to grow. My opinion of Leslie Caron plummeted at that point, but she continues her positive attitude and her enjoyment of her fellow workers throughout the book. The pictures included in the book illustrate Caron’s warmth and generosity.… (more)
LibraryThing member nx74defiant
Leslie Caron's memoir. I didn't know much about Leslie Caron before I read this. I enjoyed reading about her life.
Fewer