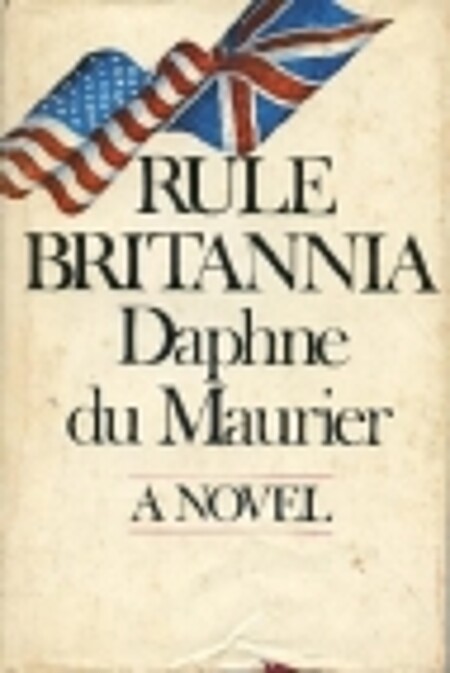 In this prescient novel, Daphne du Maurier explores the implications of leaving Europe for a political, economic and military alliance with the United States. 'It is rather awful, Emma thought as she walked across the fields down to the farm, how this business is leading us all into subterfuge and deception, and we can't really tell who is friend and who is enemy . . . ' Emma wakes up one morning to an apocalyptic world. The cosy existence she shares with her grandmother, a famous retired actress, has been shattered: there's no telephone, no radio - and an American warship sits in the harbour. England has withdrawn from the European Common Market and, on the brink of bankruptcy, has decided that salvation lies in a union - political, military and economic - with the United States. Theoretically it is to be an equal partnership, but it soon begins to look like a takeover bid. As the two women piece together clues about the 'friendly' military occupation on their doorstep, family, friends and neighbours come together to resist the interlopers.… (more)

A Son OF The Rock
Originally published in 1972, the novel perhaps illustrates du Maurier’s lingering resentment at the influx of US troops to Cornwall during WW2 and at the time of writing to the possible transformation of Cornwall into nothing but a theme park. The book extends this concern to Britain as a whole. The UK has left the EU and is apparently bankrupt. Its inhabitants wake up one morning to no news on TV or radio and the presence of US troops on their streets. A union between the UK and the US (to be called USUK) has been arranged and imposed from on high. The book is concerned with the impact of all this on a strange mongrel household presided over by a determined matriarch, known as Mad. du Maurier of course does not take this in the direction an SF writer would have done. Her focus is firmly on the locality - in and around a small town in Cornwall - though wider events are mentioned. Egged on by Mad, civil disobedience blooms and is presented as a trigger for the rest of the country to begin to resist the changes. Despite the murder of a US serviceman, the destruction of a US warship and various other incidents there is a lightness of touch to the narration and as a result there is little sense of real jeopardy for the main characters, and a consequent failure to ensure the necessary suspension of disbelief. Perhaps, though, the invaders of Iraq and Afghanistan might have benefited from reading this book as they may have gained more insight into how resentments at such takeovers are easily stirred, and not so easily calmed.

LibraryThing member aapjebaapje
Not one of her best known novels. I think that’s probably because it deals with some uncomfortably “close to home” issues. Politically, a bit of a hot potato, especially in today’s climate. It’s rather simplistic but the premise is thought-provoking. Invasion for one’s own good. The cavalry come over the hill to save Britain – good thing or bad thing? Not fully finished by Ms Maurier either – she needed to revisit the book to deepen the characterisation and develop the story. Neither the Americans or the English nor the Celts come out as believable.… (more)
6 more
LibraryThing member abbie_g
I enjoyed this book so much I sped through it in 2 days!
LibraryThing member sheilan
Witty, sardonic, and entertainingly funny, it's a novel that stands the test of time. And it's completely timely as well, given recent events! It's a book that I'd recommend for its political stance, humor, and lyrical prose style.
LibraryThing member Kasthu
I’ve found in my experience that you can never go completely wrong with any of Daphne du Maurier’s novels—even this one, which isn’t exactly up my alley. I’m used to her books being historical fiction, suspense, or nonfiction, so I didn’t know how I would like this somewhat-futuristic one.

The novel is set on the eve of an ominous US/UK “alliance” in which American marine personnel are stationed in and around a small Cornish town. Emma is a young woman who lives with her grandmother, a famous actress who has a habit of adopting stray children. This is the story of Emma and her family, and how a Cornish town rebels against the US/UK alliance.

This book is similar to some of her other books and stories; in particular, the atmosphere of this novel reminds me a lot of the short story “The Birds.” Although the American marines aren’t outwardly dangerous at first, there’s a menacing air to them that becomes downright creepy over time. The book is described as being futuristic, but it’s hard to know exactly when this book is supposed to take place. It’s also been described as political commentary, but du Maurier’s message isn’t exactly clear—she’s a lot better at creating atmosphere as opposed to making political commentary.

As far as the characters go, mad is of course head and shoulders above the rest; I love that she’s both eccentric and humorous, especially in the way she dresses. I’m not sure, though, why du Maurier kept emphasizing people’s ages; we must hear over and over again that Mad is 79. Maybe it was foreshadowing to prepare the reader for the end of the book, but I thought that part of the story was clumsily done. Although this book is a page-turner, I don’t think that it’s one of du Maurier’s best, unfortunately.… (more)
LibraryThing member RBeffa
Daphne du Maurier's final novel is an odd one. I hope it was intended as a satirical farce, but somehow I doubt it. I perhaps might have understood it better if I knew more about British politics in 1972. This is clearly an anti-American piece, but it doesn't exactly regard greater Britain all that highly either. It strikes me as an odd tirade by a cranky old woman telling a story about another exceedingly cranky eccentric old actress who lives life like she has never left the stage and goes Mao (as in chairman) to foment a rebellion. There is some rather surprising bits of casual racism in here that I find bizarre even for 1972 when this was published. Calling a young black boy a "darkie" ... Really? Jeez. Anyway I think I probably speed read through some of the parts once I decided the book was failing me. The Americans are invited to invade Britain to form the YouSuck coalition ... I mean the USUK coalition and the American plan is to turn everything into theme parks to solve the unemployment problem. Maybe this should be shelved with "The Mouse That Roared." Actually, that's an insult to the Mouse. Sheesh, I guess America really has a worse image problem than I thought.

The intro to the Virago edition was informative and probably helped me understand the book the little that I did. I'm a little undecided how to rate this. I decided on 2 stars because for me it was less than what I consider an average good read. However, it IS well written - just that the story is rather off. And I did enjoy reading parts of it much more than my short review suggests. In a word, I was disappointed.… (more)
LibraryThing member KLmesoftly
Super uneven - du Maurier is always a bit hit or miss for me (I love Rebecca, My Cousin Rachel, The Birds...not so much Jamaica Inn or Don't Look Now). Sometimes it's hard to tell whether she's a great writer who riffs on pulp themes or a pulp writer who sometimes hits on something great, which is true of many authors!

Re: Rule Britannia especially, it felt very uneven, as though it were a combination of several drafts - a satirical comedy version and a serious suspense/romance take on the same premise. At times things would seem quite serious and dramatic, and at others the narrator would seem like a parody character and the most absurd could-never-happen-in-reality things would happen and be taken as normal! I almost stopped reading midway through, but I did want to know what would happen enough to go on.

I wouldn't recommend it as a first or even second du Maurier novel, but if you're already a fan it's a fun oddity (being her last novel published ever) about an 80-year-old British woman leading a rebellion against US invaders.… (more)
LibraryThing member sarah.kenney.9275
relevant, as the UK considers the Brexit. The characters are lacking a little bit and some plot twists are a little far fetched. But it is an enjoyable read and the unknowns keep the pages turning. It's partially a political commentary, it displays suspect traces of racism, and it is arguably anti-American – or maybe just anti-stupid people.… (more)
Fewer