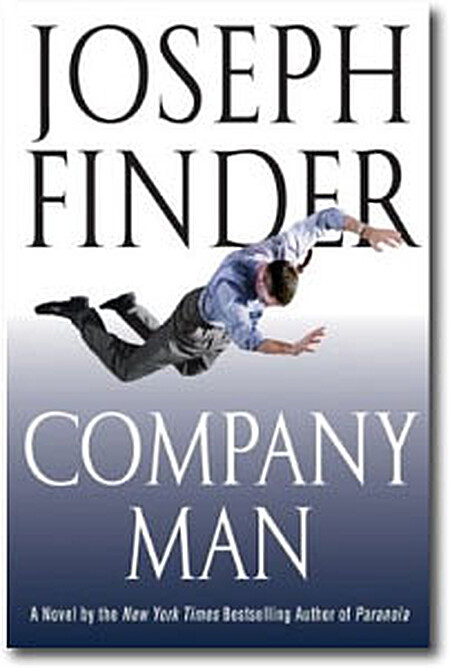 "Nick Conover is the CEO of a major corporation, a local boy made good, and once the most admired man in a company town. But that was before the layoffs. When a faceless stalker menaces his family, Nick, a single father of two since the recent death of his wife, finds that the gated community they live in is no protection at all. He decides to take action, a tragedy ensues, and immediately his life spirals out of control. At work, Nick begins to uncover a conspiracy involving some of his closest colleagues. He doesn't know if there's anyone he can trust-- including the brilliant, troubled new woman in his life. Meanwhile, his actions are being probed by a homicide detective, a relentless investigator with her own, very personal, reasons for pursuing Nick Conover. With everything he cares about in the balance, Nick discovers strengths he never knew he had. His enemies don't realize how hard he'll fight to save his company. And nobody knows how far he'll go to protect his family"--Container.… (more)

LibraryThing member FrontStreet
In a small town one business or industry can mean survival or desperation. Nick Conover is the CEO of one such company. When the business begins to fade and Nick is forced to lay off many of the townspeople, he goes from local golden boy to the most hated man in town. Now known as “The Slasher” for having to cut so many jobs there is no place he or his children feel welcomed or protected. Even the local police force is not eager to help them as graffiti and break-ins at their house spiral into the brutal murder of their family pet. Since his wife’s recent death Nick has reared young Julia and teenage Lucas with only the paid help of Marta. His long hours at work are necessary for his job but lead to guilt for being away from too much. A late night tragic incident leads Nick to take drastic action that leads to unending fear for his own and his family’s safety.
And all is not well at work. In addition to continuing down turns in business, Nick feels like there is also another hidden agenda between some of his coworkers. He does not feel secure in his job or in the direction the company may be taking. But he no longer knows who he can trust and who is working against him.

While maintaining the details of the cut throat corporate world, the author is able to simultaneously address the equally complex work of raising teenagers. As Nick wages a battle at work he also comes home to face the daily fight with his son. His role as a father adds a dimension of humanity and realism to the character of Nick. It is Finder’s strength as a writer that he is able to produce sympathy and understanding for his characters.

Joseph Finder has created a thriller encased in a story of morality. His main character must grapple with the fine lines between right and wrong in both his personal and his work life. This adds a unique perspective to the character and the plot. Finder creates a situation that should seem one sided but he is able to expand it into a believable dilemma for both the characters and the reader. As the suspense builds on all levels, the reader is drawn into the story, the dilemmas and the principles involved. The typical Finder short chapters add to the race track speed of the book.

Although there are close to 600 pages in this latest entry into the crowded thriller genre the book seems to last an instant. The reader is drawn into the situation from the start and interest never lags. The tension is finely drawn and carries into all corners of the story.… (more)
5 more
LibraryThing member smik
An ABC Audio CD of approx 6 hours read by Scott Brick. CEO of a large company, Nick Conover, is a widower who lives with his two children and housekeeper in a gated estate. It should have been safe there but someone has been climbing over the walls and painting graffiti inside the house. Nick is unpopular in the town because in the past 12 months it has been necessary to slash the employee force by half. When an unknown intruder viciously kills the family dog, Nick decides he has to tighten security. He is just beginning to realise too that there are people on the company board who have their own agenda to discredit him and bring the company to its knees.… (more)
LibraryThing member itbgc
This was an enjoyable read except for the fact that it was too predictable. I guessed early on what was going to happen and, unfortunately, was correct.
LibraryThing member PermaSwooned
I really enjoy Joseph Finder. He writes books that are full of suspense and intrigue, but all in a corporate setting. Generally, his protagonists are good guys caught in difficult situations only partly of their own making. He obviously does lots of research to try to get all the details right, and I enjoy the details the way he strings them together. Good read.… (more)
LibraryThing member smik
Recently Nick Conover was the one, as the CEO of the Stratton Corporation, who instigated 5,000 layoffs, to keep the company afloat. So now he is known in the local media as "Slasher" and people turn away as he approaches them.

Last year his wife was killed in a late night motor car accident on an icy road. And now he has a stalker breaking into his house and leaving cryptic messages daubed on the walls. Nick and his family live in a mansion in a gated community but it doesn't stop the stalker. Over the past year he has had calls from the alarm company or the police. But the police aren't in a hurry to track the stalker down. The latest incident is the death of their family dog, and now Nick is seriously worried.

Nick gets his company security director Rinaldi to install a better security system and also accepts a gun from him. Soon after the new system is installed, the stalker comes back, and approaches the house. Nick shoots him in a panic, and Rinaldi disposes of the body. Nick then lives in fear that the body will be found and he will be exposed as a murderer.

The story makes an arresting start but a dead body isn't Nick's only problem. The Stratton Corporation isn't going well, he gets to the point where he doesn't know who to trust, there are problems at school with his 16 year old son, and then the body is found.

An excellent read. Highly recommended.… (more)
LibraryThing member Judiex
Stratton Corporation was a leading furniture manufacturing company based in Michigan. While its products were premium quality, it was facing competition from competitors who were outsourcing some or all of the work. It became part of an out-of-state conglomerate whose main focus was making more money for the stockholders.
Nicholas Conover, the newly named CEO, found that one of his first tasks was getting rid of almost half the work force so Stratton could cut costs. In a small town, almost everyone was effected by the cuts, either directly or by knowing someone who was. Nick started finding messages inside his home, located in a gated community. His reports to the police department were basically ignored because many on the staff also knew people who had lost their jobs.
His wife had died a year earlier, before he became CEO, leaving him to raise their two children, a sweet ten-year old girl and an angry 16 year-old boy. One day he and his two children came home to find their dog had been viciously murdered.. Again, the police ignored his requests to find the perpetrator and to protect his house.
An investigation by a co-worker and friend of his turned up the name of the possible person. His friend gave him a gun which Nick took reluctantly. Soon afterwards he spied the man in his yard and, feeling threatened, shot him. From then on, more and more seemed to go wrong.
COMPANY MAN is the story of a man with a conscious getting involved with people with different agendas as he tries to save the jobs of Stratton employees and preserve the company. But he tends to trust the wrong people.
Joseph Finder presents important facts about schizophrenia: “The vast majority of patients with schizophrenia have never been violent. They’re one hundred times more likely to commit suicide than homocide.”“...Schizophrenia increases the likelihood of being the victim of a crime.”
While the book is well-written and fast-moving, it doesn’t seem likely that a man in his position would be so disconnected with his children after the death of their mother or that their nanny would be so incompetent in recognizing the problems. The book also has too many too short chapters that should have been combined. I doubt that the majority of readers suffer from short attention spans. I always remove one star for that.… (more)
Fewer