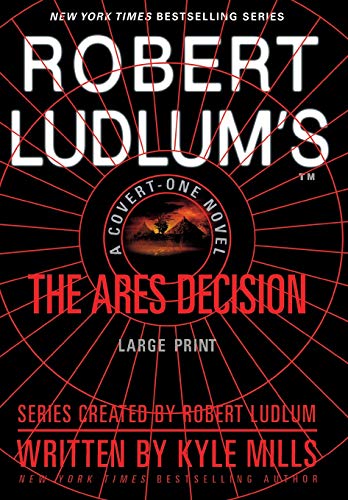 With U.S. intelligence agencies wracked by internal power struggles and paralyzed by bureaucracy, the President was forced to establish his own clandestine group, Covert-One. It is only activated as a last resort, when the threat is on a global scale and time is running out. In northern Uganda, an American special forces team is decimated by a group of normally peaceful farmers. Video of the attack shows even women and children possessing almost supernatural speed and strength, consumed with a rage that makes them immune to pain, fear, and all but the most devastating injuries. Covert-One's top operative, army microbiologist Colonel Jon Smith, is sent to investigate the attack and finds evidence of a parasitic infection that for centuries has been causing violent insanity and then going dormant. This time, though, it's different. The parasite had been purposely kept alive and crudely transmitted in acts of terrorism. Now the director of Iranian Intelligence is in Uganda trying to obtain this biological weapon to unleash it on the West. Smith and his team are ambushed and cut off from all outside support just as they begin to suspect that forces much more powerful than the Iranians are in play-forces that can be traced to Washington itself.… (more)

LibraryThing member Carl_Alves
This is a novel with such an absurd premise that almost nothing else about it matters. The writing is certainly competent enough by author Kyle Mills, but there isn’t a shred of believability in any aspect of the novel, starting off with the ridiculous premise. The concept here is that in Uganda, there is a warlord who has harnessed a parasite that gives people who have it maniacal, almost super-powers. At the beginning of the novel, a special force team is decimated by a group of African villagers who have the parasite, even though the special force group is highly trained and armed, while the villagers have nothing except their bare hands. As if that is not enough, the reader is supposed to believe that a fat African woman with the parasite is able to sprint at a pace that would set a world record in a 50 yard dash. There is such a thing as body mechanics and bone structure that would prevent that from happening. As if someone with a parasite would be faster that Ussain Bolt. And it doesn’t get better from there. The novel expands to the Iranians getting this parasite in order to weaponize it. Meanwhile Colonel Jon Smith goes to Uganda and then Iran to stop it. There is the ultra cliché head of security guy who is in an evil conspiracy to allow the Iranians to go through with the parasite so that they can nuke the country. Everything about this novel other than the quality of the writing is awful. I would highly recommend skipping it.
Carl Alves – author of Blood Street… (more)
1 more
LibraryThing member HenriMoreaux
Robert Ludlum's The Ares Decision, written by Kyle Mills, is another solid entry in the Covert One series.

This time the team is up against Iran who is attempting to acquire a parasitic weapon from a Ugandan rebel to use against the United States of America. Meanwhile the CIA is caught with it's hand in the cookie jar.… (more)
Fewer