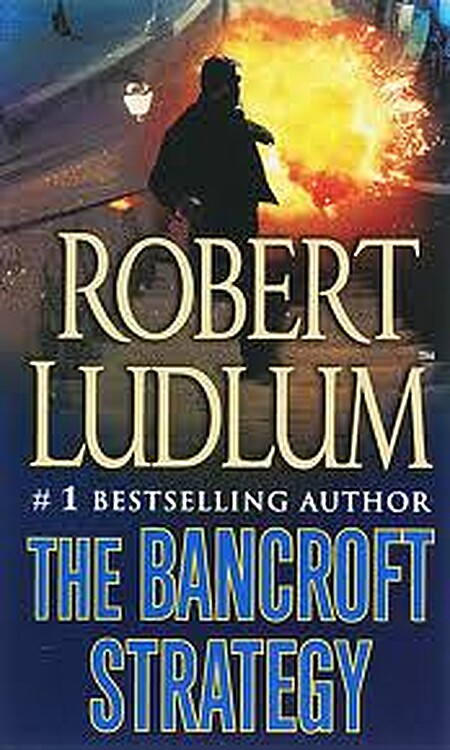 When Todd Belknap - a field agent for Consular Operations with a reputation as something of a cowboy - is cut loose from the agency after an operation goes wrong, his best friend and fellow agent is abducted in Lebanon by a vicious militia group. When the government refuses to help, Belknap decides to take matters into his own hands. Meanwhile, hedge fund analyst Andrea Newton gets an unexpected call - she has been left six million dollars by a cousin she's never met. But there's one condition: she must agree to sit on the board of the Newton foundation, a charitable organization run by the family patriarch, Paul Newton. Having never even met the family - her mother was married only briefly and cut all contact many years ago - Andrea is intrigued. But the foundation, supposedly dedicated to doing good deeds, appears less and less benign the more deeply involved she gets... What exactly is their involvement with the 'Genesis' - a mysterious group working to destabilize the geopolitical balance at the risk of millions of lives? As events escalate, Todd and Andrea must form an uneasy alliance if they are to uncover the truth behind 'Genesis' - before it's too late.… (more)

LibraryThing member labelleaurore
I didn't finish this one, a bit too heavy as I was turning the pages. Too bad because the beginning was so entertaining...
4 more
LibraryThing member mantooth
Ludlum spy thriller written by his estate. The book was long and slow to read, don't recommend reading books by the estate or other ghost writers. This story can not be compared to his original books.
LibraryThing member readingwithtea
“We have taken possession of the package, the note said. Enjoy your stay. Yet what truly made his blood freeze was the sign-off: GENESIS.”

Todd Belknap, experienced field agent for an undisclosed governmental agency, is incensed when his plans go awry and he is fired. On the same night that his own operation goes off course, his mentor and best friend is kidnapped on a similar assignment. Belknap refuses to abandon him and sets off to track him down.

Andrea Bancroft has long been separated from her moneyed clan after her parents divorced and the clan shunned the wife and daughter. Now, however, she’s been offered a place on the board and is intrigued by the foundation’s charitable work and the enigmatic leader…

I read a lot of these multi-continental, ex-CIA agent saves the world, rich foundation is actually evil thrillers, but this was a particularly well-constructed one. There were two narrator perspectives, but we didn’t flick back and forth between them at motion-sickness-inducing frequency. Yes the ending is totally predictable but the baddie is not AT ALL. The writing was high quality without being difficult – Ludlum’s reputation as the thinking man’s thriller writer (along with Harris) appears entirely deserved on the basis of this book.… (more)
LibraryThing member Carl_Alves
In this novel, US Intelligence agent Todd Belknap is in Lebanon trying to find an agent who has been kidnapped. On a separate story line, Andrea Bancroft, a hedge fund analyst has been put on the board of her family’s foundation, which has some potentially nefarious dealings. The two story lines intersect in a mess of conspiracy.

One of Ludlum’s weakest points is that many of his novels just have no basis in reality, and this novel suffers from some of these same flaws. Naturally, the Bancroft foundation is an evil, malevolent entity. Nothing about it is remotely believable. There is loads of action and the story moves along, but it’s hard to get past some of these flaws. An enjoyable read but certainly not exceptional.

Carl Alves – author of Blood Street… (more)
LibraryThing member Carl_Alves
This novel takes place in the US Naval Academy, following the death of one of the students after being thrown off the sixth floor of a building. Midshipman First Class Julie Markham is under suspicion of the death. Her father Ev, who teaches history at the Naval Academy is trying to put together a defense for her and figure out who actually killed the student. Meanwhile, security chief Jim Hall is trying to make sure there isn’t a killer on the loose at the Academy. Fighting against this is a group of people hell bent in protecting the institution from scandal, which feels true to life when considering what happened at Penn State.

The writing in this novel felt subpar. Also the story line suffered from a severe lack of believability. It was clear that the author had done his research on the Naval Academy, and that added color to the novel, but the rest of the story was not up to par. Overall, I felt this novel was less than mediocre and I would recommend skipping it.