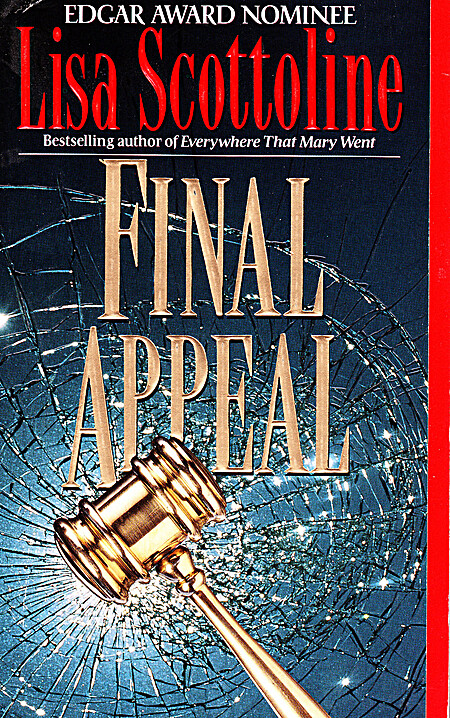 Grace Rossi is starting over after a divorce, and a part-time job with a federal appeals court sounds perfect. But she doesn't count on being assigned to an explosive death penalty appeal. Nor does she expect ardor in the court in the form of an affair with the chief judge. Then Grace finds herself investigating a murder, unearthing a secret bank account and following a trail of bribery and judicial corruption that's stumped even the FBI. In no time at all, Grace under fire takes on a whole new meaning.

LibraryThing member Darla
Doesn't it just figure? I find a Scottoline that I like pretty well, and it's one her fans in general dislike. At least according to the 19 who rated it on Amazon, anyway. The same thing happened to me with Martha Grimes. Ah, well. It suits my self-image to be out-of-step every once in a while.

Grace Rossi is a lawyer and a single mother, working as an assistant to a judge she's attracted to. It seems the attraction is mutual, and he asks for her help on a death sentence appeal, praising her abilities. Then one night they're working late and act on their attraction.

The next morning, the judge is found dead, and his death is ruled a suicide. Grace is understandably reluctant to believe that, and so she begins investigating on her own, and soon finds herself in over her head.

She's assisted by a variety of characters, including an office manager with a big secret, and a deep-undercover FBI agent. The suspects are similarly varied.

Mostly, it's just an entertaining, twisty whodunit. I didn't quite believe the romance between Grace and the judge, but that was a fairly minor point, and more of a plot device to give her a reason to pursue the case in the face of danger and objections.… (more)
3 more
LibraryThing member JoAnnSmithAinsworth
A delightful romp through a normally staid circuit court.
LibraryThing member lyn369
A typical Lisa Scottoline book, who done it. Not sure why I keep reading her books, I guess because she keeps me reading and the books hold my interest. She needs to switch up her writing and have a little more suspense in her books.
LibraryThing member Carolee888
I read this for the Just For Fun Challenge which encourages reading one book that has been on the TBR shelf for a long time and without doing a review. I still rated this book though and I enjoyed it.
Fewer