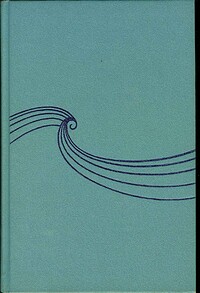 Mutiny on the Bounty: A Novel

Cherished as one of the most thrilling sea adventures ever recorded, Mutiny on the Bounty has sold millions of copies and enthralled generations of readers around the world in the seven decades since its initial publication. The novel reprises a true story-the strange, eventful, and tragic voyage of His Majesty's Ship Bounty in 1788-1789, which culminated in Fletcher Christian's mutiny against Captain Bligh-and reaches peaks of narrative excitement that mark the book indelibly as a modern classic.

LibraryThing member JBD1
Mutiny on the Bounty is one of those books that somehow managed to seep into my consciousness without ever actually having read it. I'm sure I saw one of the movie versions at some point, which gave me the basic outline of the plot. But that bare-bones version of the story that I thought I knew
Show More
doesn't hold a candle to the actual novel, which is rich, riveting, and extremely well told. When I picked it up I didn't think it would be one of those books I had a difficult time putting down, but I very nearly read it all in one sitting.
Show Less
4 more
LibraryThing member amandacb
O’Brien takes students on the journey of The Bounty, a British ship sailing for Tahiti; as problems aboard the ship arose, men struck out on their own, abandoning their caption and their ship. O’Brien tells the tale through figurative language and dialogue, which add elements of immediacy to
Show More
the narrative. The illustrations accompany each page relate to the narrative and are done with much detail.
Show Less
LibraryThing member bm8931
This is famous story.
Several years ago, one ship have sailed from Tahiti.The captain was Bligh.
Because of Bligh was easy to get angry, one day, Bligh wes mutinied...

It is surprising that Bligh and some other crew could live in small lifeboat.
When it has been decided that they don't come near to a
Show More
small island, I couldn't guess how to survive. It is surprisind way. This is interesting book.
Show Less
LibraryThing member Schmerguls
I was totally taken by this novelistic account of the Mutiny. One could not help but feel some empathy for the mutineers, but if the women of Tahiti had not been so complicity, would the mutiny ever have happened?
LibraryThing member atimco
This fascinating look at the true story of the infamous Bounty mutiny is hard to forget. Midshipman Roger Byam (a fictional character based on crew member Peter Heyward) comes along to Tahiti as an interpreter and linguist. Captain William Bligh presents a fair enough face on shore, but quickly
Show More
devolves into a quarrelsome, stingy, explosive tyrant at sea. Finally, on the voyage home first mate Fletcher Christian leads an unpremeditated mutiny that forever changes the lives of the men aboard. Though not part of the mutiny, Byam is left aboard the Bounty and later stands trial for his life.

I was not expecting to have so much sympathy for Christian and the mutineers. Bligh treated his subordinates shamefully and you really can't help but see Christian as the more noble man of the two. But the stigma of mutiny is hard to erase. I was also much struck at the horrifying punishments regularly meted out even for trifling offenses. The first of these we see, the flogging through the fleet of a captured deserter, is simply beyond belief. And yet it happened all the time.

I was forcibly reminded of Nathaniel Philbrick's In the Heart of the Sea and I'm sure that comparison would only grow stronger with the next book of the trilogy. A compelling read.
Show Less
Fewer

The Caine Mutiny: A Novel by Herman Wouk
Kon-Tiki : The Greatest Sea Adventure of Our Time : With 80 Photographs of the Voyage by Thor Heyerdahl
The Robe by Lloyd Douglas
The Silver Chalice by Thomas B. Costain