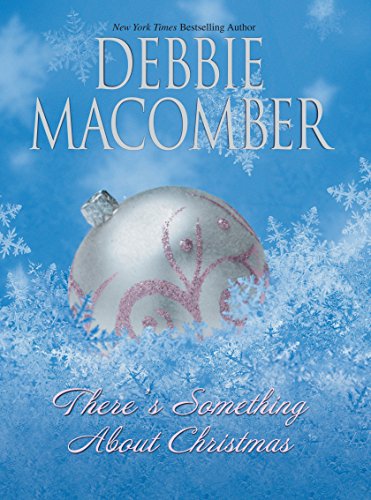 There's Something About Christmas

Emma Collins has always believed that the world is divided into two kinds of people: those who love fruitcake and those who don't. She's firmly in the second category, so it's ironic that her first major assignment for the Puyallup, Washington, Examiner is a series of articles about ... fruitcake. At least it's a step up from writing obituaries. Her task is to interview the finalists in a fruitcake recipe contest, and that means traveling around the state. Actually ... flying around the state. Local pilot Oliver Hamilton, who's starting an airfreight business, has agreed to take her wherever she needs to go, in exchange for free advertising. Unfortunately Emma hates small planes--almost as much as she hates fruitcake.

LibraryThing member booklover3258
It was ok. The fruitcakes stories were cute and it was nice to put the recipes in the book, but since i'm not a fruitcake lover, i'll never even attempt to make one.
2 more
LibraryThing member MCChristmas
I absolutely *loved* this book; it was like reading a chick flick! I have never tried fruit cake but the recipes given made me want to. It'll have to wait for another year though as it isn't on my diet right now.

This book is about an aspiring journalist that gets assigned to write up a series of articles on the state's contestants of a woman's magazine's fruit cake contest because of her run-in with a pilot that is interested in her.… (more)
LibraryThing member BookConcierge
2.5**

Emma Collins is a journalist for a small-town newspaper. Oliver Hamilton is a charming pilot who’s agreed to fly her to various Washington cities so she can interview the three finalists in a national fruitcake contest. This is her big chance to prove she can do more than write obituaries and sell advertising space. But she’s afraid to fly. And she’s put off by Oliver’s attempts to charm her. Still, she can’t deny the spark between them.