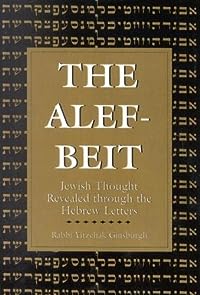 The Alef-Beit: Jewish Thought Revealed Through the Hebrew Letters

For many years family law was viewed as a study of the regulation of relationships of husband and wife and parent and child. Both relationships were clearly defined. In the case of husband and wife, it was through formal legal procedures or informal arrangements called marriage. In the case of parent and child it was either through biology or adoption. Equally defined were the stages by which these relationships were established, maintained, and terminated. By the close of the twentieth century, basic questions about who should be officially designated a family member and by what procedure were being raised both in the legislature and in litigation. In addition, conventional models that had defined domestic relations such as marriage, divorce, and adoption were either being expanded to include contemporary patterns of living arrangements and the current reality or new models were being constructed. In Family Law in America, Professor Sanford N. Katz examines the present state of family law in America. Themes include the tension between individual autonomy and governmental regulation in all aspects of family law, the extent to which relationships established before marriage are being regulated, and how marriage is being redefined to take into account equality of the sexes. It demonstrates how the definition of marriage as a partnership in which the individual spouse's rights are recognized has resulted in protection of the vulnerable spouse and examines fault and no-fault divorce procedures and the extent to which these procedures reflect social realities. This volume describes state intervention into the parent and child relationship and how this is reflected in the reexamination of the privacy of the family unit. It concludes with a discussion of the conventional model of adoption of children and how additional models are being developed to take into account new family forms.… (more)

The Book of Letters: A Mystical Alef-Bait by Lawrence Kushner
The Bahir Illumination: One of the Oldest, Most Important, and Most Carefully Preserved of All Ancient Kabbalah Texts by Aryeh Kaplan
Jewish Meditation: A Practical Guide by Aryeh Kaplan
Kabbalah: An Introduction and Illumination for the World Today by ̌ Charles Ponc
Encyclopaedia Judaica
5 more
Gates of Mitzvah: A Guide to the Jewish Life Cycle by Simeon J. Maslin
The River of Light: Spirituality, Judaism, and the Evolution of Consciousness by Lawrence Kushner
Twelve Jewish Steps to Recovery: A Personal Guide to Turning from Alcoholism and Other Addictions by Kerry M. Olitzky
Contemporary Jewish Religious Thought: Original Essay son Critical Concepts, Movements and Beliefs by Arthur A. Cohen
Conversion to Judaism: A Guidebook by Lawrence J. Epstein
Fewer