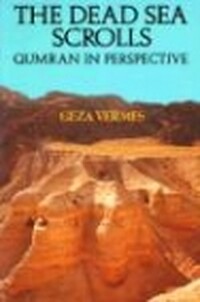 The Dead Sea Scrolls in English

The Penguin edition of Dr Vermes' The Dead Sea Scrolls in English must now be one of the most widely read books on the Qumran discoveries, containing as it does an attractive translation of the texts and comments on them. This companion volume, unique of its kind, takes a wider view and is the best available account of the background to the Dead Sea Scrolls and the modern discussions of their interpretation.Dr Vermes treats the finds in the Judaean desert, the authenticity and dating of the scrolls, the Qumran library, the life and institutions of the sects, the identification of the Qumran community, the group's history, its religious ideas and ideals, and the impact of the scrolls on biblical studies. The ample bibliographical material, updated for this edition, and the suggestions for reading specific texts help to make this a marvellous guidebook.`Brings us up to date on the study of the Dead Sea Scrolls, taking its place at the head of the line of introductions to the subject ... Students will be grateful for the interesting way in which issues are laid forth, a classic of elegant exposition of scholarly problems' (Jacob Neusner, in Journal of the American Academy of Religion).'Although the spate of publications on the Dead Sea Scrolls has been unending, there have been few works which one could unhesitatingly recommend as providing a comprehensive and reliable guide to their significance ... Dr Geza Vermes, who has been actively engaged in the study of the Scrolls since their discovery and is already well-known for his excellent translation of them, has admirably met this need in his The Dead Sea Scrolls. Qumran in Perspective. The volume is written at the level of the educated non-specialist, and the text is uncluttered by footnotes. But the author has appended to each chapter a series of notes and a selective bibliography which will be of considerable value to the serious student and the professional scholar by directing him instantly to the most important works on each of the subjects covered' (Michael Knibb in The Expository Times).… (more)

The Dead Sea Scrolls After Forty Years by Hershel Shanks
Introduction to the Talmud and Midrash by Hermann Leberecht Strack
The Religion of Israel: From Its Beginnings to the Babylonian Exile by Yehezkel Kaufmann