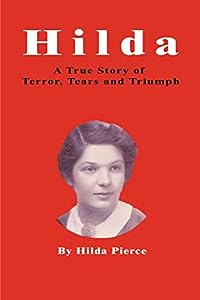 Hilda A True Story of Terror, Tears and Triumph

"At age sixteen, in March 1938 Vienna, Austria, I stood trembling and frozen in fear among a cheering mob, ten feet away from Adolph Hitler." Hilda, in desperation, hope and some "Chutzpah", cheats Hitler by finding an ingenious way to escape. She miraculously obtains affidavits of support from total strangers in America. Deportation to a concentration camp is near. She forces her way into the office of the American Chief Consul, and his friend takes Hilda to London two days later. She lives in England with foster families. They help her parents flee Nazi-Vienna on the last train before World War II. In 1939, on a ship, chased and attacked by German submarines, Hilda lands in New York and meets her benefactors. In Chicago, at age seventeen, she proposes to, and marries a stranger twice her age to help her parents flee Isle of Man Internment camps. Four years later, the family is happily reunited in Chicago. Hilda returns to Austria to study with the great German Expressionist painter, Oskar Kokoschka, in 1962. Her art career blossoms. The odyssey of this gutsy girl continues in California. Hers is the saga of great trauma and living the American Dream.… (more)