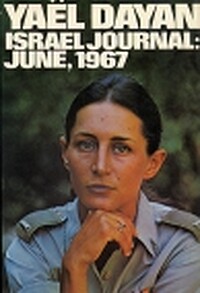 An honest and stark account of life on the battlefield during the Six-Day War  When the historic Six-Day War breaks out in June 1967, Yaël Dayan finds herself on the front lines in the Sinai desert, fighting for her country. Dayan, a journalist, an author, and the daughter of the renowned Israeli general Moshe Dayan, a key military leader in Israel's War of Independence two decades earlier, offers a female soldier's unique perspective and observations on life during active combat.   Dayan's wartime journal entries chronicle her time spent in the desert campaign under the command of the legendary Arik Sharon, the battle against Egyptian forces, and the indelible effect these experiences had on her as both a soldier and a woman. As the author so aptly remarks in her diary, "Nothing will be the same now. I have looked at cessation of life, destruction of matter, sorrow of destroyers, agony of the victorious, and it had to leave a mark."   With raw truth and intensity, these snapshots capture the hardships of battle, the mournfulness of loss, and the harshness of war.… (more)

The Seventh Day: Soldiers' Talk About the Six-Day War by Avraham Shapira
A Certain People: American Jews and Their Lives Today by Charles E. Silberman
Great Jews in Sports by Robert Slater
Bar-Kokhba: The Rediscovery of the Legendary Hero of the Second Jewish Revolt Against Rome by Yigael Yadin
The Purim Anthology by Philip Goodman
9 more
The Jews in Their Land by David Ben-Gurion
Diary of the Sinai Campaign by Moshe Dayan
The Battle for Peace by Ezer Weizman
A Candle for Grandpa: A Guide to the Jewish Funeral for Children and Parents by David Techner
The Jewish Family Book by Sharon Strassfeld
Death Had Two Sons by Yal Dayan
Growing up Jewish: An Anthology by Jay David
The American Jewish Album: 1654 to the Present by Allon Schoener
The Hanukkah Anthology by Philip Goodman
Fewer