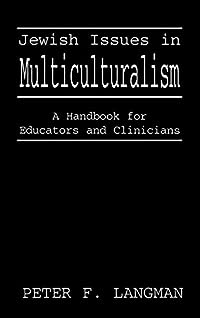 Jewish Issues in Multiculturalism: A Handbook for Educators and Clinicians

While people are learning about the identities and accomplishments of various racial and ethnic minorities, Jewish identity and accomplishments are ignored. Programs educate and sensitize people to racism, sexism, and homophobia, but antisemitism is overlooked. The purpose of this book is to get Jews and Jewish issues included within the multicultural curriculum. The author begins by presenting information about Judaism and Jewish cultures. The racial, ethnic, and religious differences among Jews are presented in order to inform readers about the extent of diversity within the Jewish community. Judaism as a religion is presented in terms of its basic values and the impact that these values and the practices that follow from them have had on Western civilization. This material is important because it dispels misconceptions that many people have regarding Judaism. Also, because multicultural writers typically ignore the vast impact of Jews and Jewish culture on the origin and development of psychotherapy, a chapter is devoted to documenting the role that Jews have played in the evolution of the profession. Langman then focuses on antisemitism. Many people have no knowledge of historical antisemitism and think that the Holocaust was the only oppression that Jews have suffered. This section first documents antisemitic beliefs, laws, and violence throughout the last two thousand years. Next, several contemporary antisemitic beliefs are discussed. Then, the psychological peculiarities of antisemitism are reviewed. Finally, the causes of both individual and collective antisemitism are presented. An important section of this book concerns itself with relationships between Christians and Jews and Blacks and Jews. The chapter on Christians and Jews reviews recent developments in Christian views of Jesus and Judaism and addresses common Christian misconceptions about Judaism. The chapter on Blacks and Jews examines racism among Jews and antisemitism among Blacks. A variety of explanations of antisemitism in the… (more)