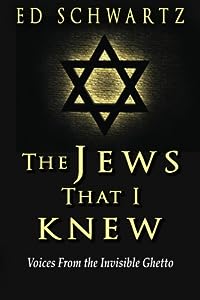 The Jews that I Knew

Ed Schwartz grew up in the "borscht belt," an area of primarily Jewish-run hotels in the Catskill Mountains of New York. He never experienced Europe and Russia's anti-Semitic programs directly and was spared the horrors of the Holocaust. Despite this, these terrible crimes influenced Schwartz's life, along with those of many American Jews, even as they struggled to reconcile the old world Yiddishkeit, or Yiddish world, with their new identities as Americans. Anxious to be seen as "real" Americans, first generation Jews consciously distanced themselves from the Yiddishkeit. The second generation, born in America, found themselves torn between two worlds, not "Jewish" in an old-world sense, but with ingrained cultural differences distancing them from their fellow Americans. In The Jews that I Knew, Schwartz deftly merges prose and poetry to explore how Yiddish culture dissolved into American life, its effect on first- and second-generation American Jews, and its continuing influence even after the world of their fathers effectively ceased to exist. At once solemn and comic, uplifting and mournful, Schwartz's collected writings blend humor and deep sadness much like how traditional klezmer (Jewish) music underscores even gayety with a sob.… (more)