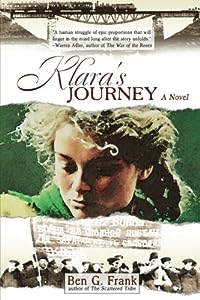 A gripping account of the Russian Civil War and its consequences, this historical novel introduces an unforgettable heroine. A few weeks after the October Bolshevik Revolution, as civil war looms, an argument ensues in the Jewish home of the Rasputnis family over who should make the long trek to Canada to find their father. He left Odessa for work in Winnipeg to send money for the family to join him, but no one has heard from him in months. Despite objection from her ambitious younger brother, it is 17-year-old Klara who is nominated for this impossible task. Leaving Moscow on the newly built Trans-Siberian railway she confronts threadbare armies, famished beggars, violent protesters, and her own hunger, but defies the odds when she meets a young soldier who offers her protection. Painstakingly researched, this vivid portrait exposes the violence of the time and explains why many Russian Jews left for America--all within the realm of an adventurous and enduring love story. A brief historical and political synopsis of the events around Klara's travels is provided at the beginning of each chapter.… (more)