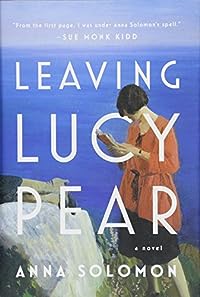 "From the first page, I was under Anna Solomon's spell." --Sue Monk Kidd From the author of The Book of V., a novel chosen as a must-read book by TIME Magazine, InStyle, Good Housekeeping, The Millions, the Minneapolis Star Tribune, and BookPage Set in 1920s New England, the story of two women who are both mothers to the same unforgettable girl--a big, heartrending novel from award-winning writer Anna Solomon One night in 1917 Beatrice Haven sneaks out of her uncle's house on Cape Ann, Massachusetts, leaves her newborn baby at the foot of a pear tree, and watches as another woman claims the infant as her own. The unwed daughter of wealthy Jewish industrialists and a gifted pianist bound for Radcliffe, Bea plans to leave her shameful secret behind and make a fresh start. Ten years later, Prohibition is in full swing, post-WWI America is in the grips of rampant xenophobia, and Bea's hopes for her future remain unfulfilled. She returns to her uncle's house, seeking a refuge from her unhappiness. But she discovers far more when the rum-running manager of the local quarry inadvertently reunites her with Emma Murphy, the headstrong Irish Catholic woman who has been raising Bea's abandoned child--now a bright, bold, cross-dressing girl named Lucy Pear, with secrets of her own. In mesmerizing prose, award-winning author Anna Solomon weaves together an unforgettable group of characters as their lives collide on the New England coast. Set against one of America's most turbulent decades, Leaving Lucy Pear delves into questions of class, freedom, and the meaning of family, establishing Anna Solomon as one of our most captivating storytellers. "Anna Solomon writes with a poet's reverence for language and a novelist's ability to keep us turning the page. A gorgeous and engrossing meditation on motherhood, womanhood, and the sacrifices we make for love." --J. Courtney Sullivan… (more)

LibraryThing member bayleaf
A baby is left by a pear tree and adopted by the Murphy’s, a family of Irish “pickers” who raid the pear trees on a regular basis, arriving by boat in the middle of the night. Beatrice Haven, wealthy, Jewish, and the baby’s unwed mother, is distraught at the thought of giving the child to
Show More
an orphanage and knowing of the Murphy’s evening visits, sneaks out of the house, leaves her infant girl at the base of the tree and hopes she’s found and treated well by her new family. Ten years later and now Beatrice Cohn, childless and a public figure in the women’s temperance movement, cares for her uncle Ira in the same home and remains haunted by her past. Unbeknownst to Bea, her daughter lives not too far from her and is being raised by Emma Murphy, her uncle’s nurse. The child is called Lucy Pear. This is not only Lucy’s story, but also Emma’s and Bea’s, two mothers and a young girl, caught up in a web of secrets and buried truths. The setting for Leaving Lucy Pear is the period of the Prohibition Movement, the Sacco and Vanzetti trial, a time of general mistrust of anything or anyone deemed “foreign.” Anna Solomon has written an engaging, human novel of love, loss and family.
Show Less
12 more
LibraryThing member Cherylk
I thought that this book was a fine book. In the beginning I actually did find myself very into the story. I felt sorry for Beatrice. However on the other hand, Emma I did not care for as much. Yeah I could understand why she was having an affair but even that was portrayed as more of convenience
Show More
then Emma finding someone else that she shared a connection towards. Beatrice on the other hand may have come from wealth but she seemed more down to earth and charming. Thus I gravitated towards her more. The issue I had with this book is that even though I liked Beatrice she was not enough to help me stay engaged with the story. It is funny as other readers mention having problems keeping all of the many characters straight. This was not such a problem for me as I was able to keep them straight. My issue was again that I could not get excited for any of the characters and thus the story was alright. Yet, the last third of the story was good, how it all came together.
Show Less
LibraryThing member bookczuk
When I heard about this on NPR, I though it was going to end up a favorite. As it was, I found the story mildly interesting but nowhere near the fascination I'd anticipated. (Case in point: I was half-way through when we went away for 5 days. I had no problem leaving the book, unfinished, home, and
Show More
did have a bit of a hesitance picking it up again to complete. Not my usual M.O.)

There were moments of stunning eloquence, though, and one of these was the passage the author read in the interview I heard. Also of note was the brief, but important moment when Charleston (my home town) played a role, even if it was the old Naval base, not the town itself.

Then came an onslaught of new character after new character. I kept notes on how they connected to the women in the book. I kept wondering when will the story take me back to the main characters? Then the story traveled back to the woman and I lost my interest in reading it. I did not feel like forcing myself to finish it. I made it all the way to 77 and gave up. The book did not engage me enough to hang on.

Even though, I received this book as a win from FirstReads but that in no way influenced my thoughts or feelings of this book
Show Less
LibraryThing member Katyefk
Interesting story line with lots of twists and different characters. It was a good book to read over the summer!
LibraryThing member kimkimkim
The writing is achingly beautiful. It is not so much the story but about how well this story is told.
LibraryThing member JoanDudzinski
The story takes place in 1920's Prohibition-era Massachusetts. It follows the story of a wealthy Jewish mother, Bea, who leaves her newborn in a pear orchard for an Irish family to find and raise. As the child Lucy Pear grows up, it is apparent to all that she wasn't born into her new family. The
Show More
plot traces the lives of both mother and daughter, and how they come to meet again.

Great Book Club title, so much to talk about.
Show Less
LibraryThing member nwieme
I liked it but I think it could have been so much more! It was a good story but I felt like someone dropped the ball??? Still, a good read.
LibraryThing member fionaanne
A wonderfully woven tale of 1927 society. Immensely readable.

Thank you to Penguin Random House forthe free advance reading copy.
LibraryThing member LibraryCin
In 1917, Bea leaves her newborn baby under a pear tree where she knows a family will find the baby. She assumes they will take her in and raise her, and they do. Ten years later, Lucy’s “adopted” mother Emma starts working for Bea, as a nurse to Bea’s uncle.

This was pretty slow. And vague
Show More
at times as to what exactly was going on. I don’t think I particularly liked any of the characters – oh, I suppose I kind of liked Uncle Ira. I really didn’t care much about the characters, either, maybe because I didn’t like them very much? Initially, I thought I was enjoying the book, but I’m leaning more toward it being ok.
Show Less
Fewer

The Two-Family House by Lynda Cohen Loigman
The Boston Girl: A Novel by Anita Diamant
The Sisters Weiss by Naomi Ragen
Faithful by Alice Hoffman
The Muralist by Barbara A. Shapiro
6 more
The Marriage of Opposites by Alice Hoffman
The Lost Family a novel by Jenna Blum
The Winter Guest by Pam Jenoff
Orphan #8 a novel by Kim van Alkemade
Mrs. Everything a novel by Jennifer Weiner
The Orphan's Tale: A Novel by Pam Jenoff
Fewer