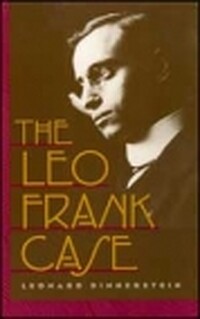 The events surrounding the 1913 murder of the young Atlanta factory worker Mary Phagan and the subsequent lynching of Leo Frank, the transplanted northern Jew who was her employer and accused killer, were so wide ranging and tumultuous that they prompted both the founding of B'nai B'rith's Anti-Defamation League and the revival of the Ku Klux Klan. The Leo Frank Case was the first comprehensive account of not only Phagan's murder and Frank's trial and lynching but also the sensational newspaper coverage, popular hysteria, and legal demagoguery that surrounded these events. Forty years after the book first appeared, and more than ninety years after the deaths of Phagan and Frank, it remains a gripping account of injustice. In his preface to the revised edition, Leonard Dinnerstein discusses the ongoing cultural impact of the Frank affair.… (more)