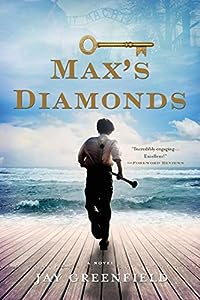 Fiction. Jewish Studies. A stunning decades-spanning debut novel, about a man forced to confront his moral culpability, the legacy of impossible loss, and the claims of his Jewish identity. Paul Hartman, coming of age in postwar Rockaway, grows up haunted by the specter of his cousin Max, an Auschwitz survivor, and Max's mysterious cache of diamonds, which fund Paul's Harvard Law education and even sparkle in his fiancée's engagement ring. When a stranger from his past confronts him with an impossible demand, one that could destroy his law career, his marriage and his sense of self, Paul must make choices that will change his fate forever.