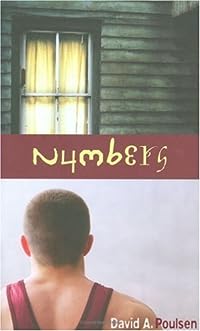 by David A Poulsen

#1 Calgary Herald Bestseller Just when Andy starts to feel like he finally belongs, can he stand up to the person he trusted the most? Andy Crockett doesn't fit in at his new school -- not with the goths, not with the jocks, and certainly not with the brains. Not even, really, with The Six, a group of misfits who hang out with each other mostly because they can't stand hanging out with anyone else. But maybe Andy's luck is changing ... and all because he is in Mr. Reztlaff's grade ten social class -- Mr. Retzlaff, the coolest teacher; in fact, the coolest thing about Parkerville Comprehensive. Social is awesome from day one. It's the class that looks at World War II, Hitler, and the Holocaust. It's the class Andy wants to ace -- and make Mr. Retzlaff proud. But eventually Andy also begins to understand that acing the class might just have a greater cost than he's willing to pay. And when it turns out that Mr. Retzlaff might not be so cool after all, Andy is facing the most difficult decision of his life.… (more)

LibraryThing member fatimareadsbooks
*Many thanks to the publisher, Dundurn Press, for providing me with a complementary review copy of this book in exchange for an honest review. This in no way affected my opinions of this book.*

Although I didn't expect much from this book, it still surpassed what little expectations I had of it. The
Show More
premise sounded fun & lighthearted so obviously the first thing I thought was 'count me in!' All in all, it was a good book but there were still so many things that irked me about it and made me want to stop reading, which I'll be going into below.

First of all, can I just say how refreshing it is reading about a teenage protagonist who isn't always perfect? The main character in this book is a 10th grader -- like me -- and is pretty flawed at that. Andy never fit in with the goths, geeks, or nerds at school, even with the group of six misfits he hangs out with, The Six. His year finally looks up when he scores the coolest social studies teacher ever, Mr. Retzlaff. However, things start to go downhill as he discovers that he isn't quite as cool as he made him out to be.

It took me a while to finish this book, mostly due to the fact that I couldn't get past the first few 50 pages. After that, however, everything started flowing smoothly until I reached the end of the book. As I was reading, there were parts here and there that really annoyed me, like Andy's attitude toward girls. I understand that he's in 10th grade and things like that are quite common at that age but his slut-shaming comments about some girls lead me to believe that Andy's probably not exactly the sharpest tool in the shed. Also, when he agreed to help burn down the old lady's house, I was practically shaking my head the whole time. How could someone be that ignorant? Frankly, he was an ignoramus of a jerk 70% of the time.

Okay, now that I've gotten the more unpleasant aspects of the book out of my way, I'd like to discuss what I liked the most. I love how the various dynamics between members of The Six were portrayed, how each character interacted with the other and how Andy didn't quite fit in with them because of that. They were such a weird group of 'friends' that it actually intrigued me.

Also, each character was really well-developed and dimensional, so you could easily differentiate between them. Especially The Six. Usually, books with a wide-ranging character cast tend to confuse me, but the various characters in this book just served to immerse me even further into the book, which I looved!

So in the end, I can't precisely say I ENJOYED reading Numbers since it wasn't particularly merry-go-round happy, but there were aspects of the story that I found to be redeeming, such as the characters and their dynamics. The main character was flawed, very flawed, and grated on my nerves at times but he was closer to the actual depiction of a hormonal teenage boy rather than the typical swoon-worthy ones in other books. Breaking the mold almost always gets bonus points in my book!
Show Less