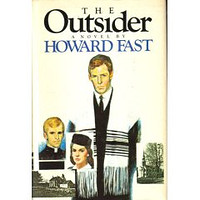 The New York Times-bestselling author of Spartacus evokes the postwar Jewish-American experience through the story of a compassionate but conflicted rabbi.   After witnessing the inhumanity and devastating suffering of Dachau, chaplain David Hartman returns to post-World War II America seeking meaning and purpose. As a young rabbi, he accepts a post in the sleepy, WASPy Connecticut suburb of Leighton Ridge, where a handful of Jewish families want to build a religious community. Accompanied by his lively wife, Lucy, a self-proclaimed "Jewish atheist," and aided by a kindred spirit in the local Congregational minister, David meets skepticism with sincerity, and poverty with humility and humor--and faces anti-Semitism with quiet courage.   Over the next quarter century, David and his family and congregation weather the social upheavals of McCarthyism, the establishment of Israel's statehood, the trial and execution of the "atom spies," civil rights marches, and Vietnam War protests. David finds both his faith and his marriage tested as he continues to struggle with feeling marginalized as a rabbi and a Jew in American society, haunted by the Holocaust and challenged to respond to the prejudice, inequality, and warmongering he sees locally and nationally.   Capturing a tumultuous time when humanity was rapidly figuring out how to destroy itself and eager to declare God if not dead, then irrelevant, Howard Fast's sweeping historical novel offers an intimately personal portrayal of a rabbi's life--and fearlessly probes questions of personal morality, spiritual identity, and social responsibility that continue to resonate in the twenty-first century.   This ebook features an illustrated biography of Howard Fast including rare photos from the author's estate.… (more)

LibraryThing member silversurfer
Fast’s New York Times bestseller traces the lives of Rabbi David Hartman and his family through the postwar turmoil of mid-century America
David Hartman returned from the Second World War to the small New England town of Leighton Ridge. Rabbi to the fourteen Jewish families in his small community,
Show More
Hartman, along with his town, spends the years after the war facing the major political and social upheaval of the time. From McCarthyism and nuclear spies, to civil rights and Vietnam, Hartman, along with his best friend, a Congregational minister, helps lead the town through the chaotic changes sweeping the nation. the author’s estate. If you can find this out of print classic, it is worth the read.
Show Less
2 more
LibraryThing member hazel1123
This is the life story of a Reform rabbi in a small Connecticut town from the beginning of his career through his middle age. Rabbi Hartman deals with issues of faith, ethics and family. The book was written in the 1980's but is not at all dated. I really enjoyed this book.
LibraryThing member christinejoseph
so-so story of Rabbi in Com. town.

David Hartman returned from the Second World War to the small New England town of Leighton Ridge. Rabbi to the fourteen Jewish families in his small community, Hartman, along with his town, spends the years after the war facing the major political and social
Show More
upheaval of the time. From McCarthyism and nuclear spies, to civil rights and Vietnam, Hartman, along with his best friend, a Congregational minister, helps lead the town through the chaotic changes sweeping the nation.
Show Less
Fewer

The Rabbi by Noah Gordon
The Gift of Asher Lev by Chaim Potok
As a Driven Leaf by Milton Steinberg
The Promise by Chaim Potok
Rachel, the Rabbi's Wife by Silvia Tennenbaum
16 more
A Treasury of Jewish Humor: A Classic Collection of Humorous Stories, Satires and Witticism from the Rich Jewish Literature of All Times by Nathan Ausubel
The Shtetl: A Creative Anthology of Jewish Life in Eastern Europe by Joachim Neugroschel
Balm in Gilead: The Story of Hadassah by Marlin Levin
Friday the Rabbi Slept Late by Harry Kemelman
Leo Rosten's Treasury of Jewish Quotations by Leo Calvin Rosten
Great Jews in Sports by Robert Slater
Growing up Jewish: An Anthology by Jay David
Wednesday the Rabbi got Wet a novel by Harry Kemelman
The Book of Abraham by Marek Halter
Great Jewish Thinkers of the Twentieth Century Edited with introductory essays by Simon Noveck
The Hope a novel by Herman Wouk
The Glory a novel by Herman Wouk
The Rise of American Jewish Literature: An Anthology of Selections from the Major Novels by Charles Angoff
A Treasury of Jewish Folklore stories, traditions, legends, humor, wisdom, and folk songs of the Jewish people by Nathan Ausubel
Deborah, Golda, and Me: Being Female and Jewish in America by Letty Cottin Pogrebin
Inside, Outside a novel by Herman Wouk
Fewer