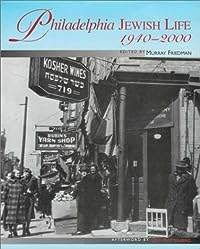 In a city with a long history of high social barriers and forbidding aristocratic preserves, Philadelphia Jews, in the last half of the twentieth century, became a force to reckon with in the cultural, political and economic life of the region. From the poor neighborhoods of original immigrant settlement, in South and West Philadelphia, Jews have made, as Murray Friedman recounts, the move from outsiders to insiders in Philadelphia life. Essays by a diverse range of contributors tell the story of this transformation in many spheres of life, both in and out of the Jewish community: from sports, politics, political alliances with other minority groups, to the significant debate between Zionists and anti-Zionists during and immediately after the war. In this new edition, Friedman takes the history of Philadelphia Jewish life to the close of the twentieth century, and looks back on how Jews have shaped - and have been shaped by - Philadelphia and its long immigrant history.… (more)